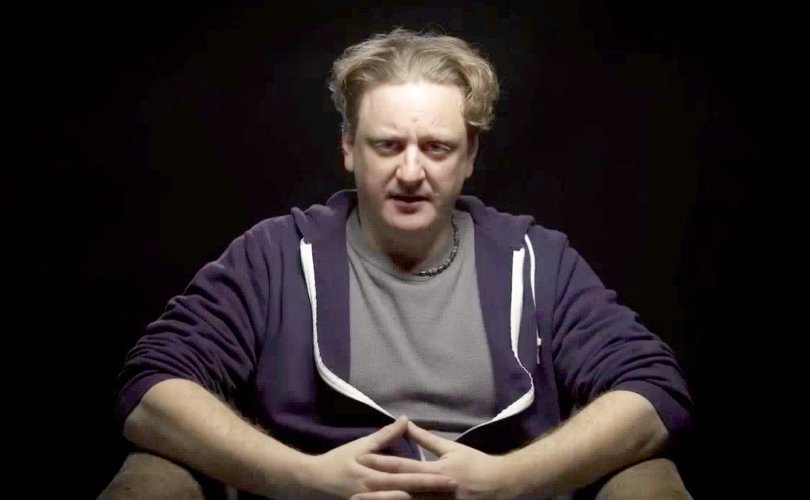 WINDSOR, April 8, 2016 (LifeSiteNews) — A self-described “pro-choice” dad has torn strips off of leading Canadian abortion activist Joyce Arthur after she denounced a bill aimed at protecting pregnant women from violence. The recently introduced bill is named “Cassie and Molly's Law” in honor of the dad’s mate and preborn daughter brutally murdered in 2014.

When Jeff Durham began canvassing last year for an amendment to the Criminal Code so that the murderer of a pregnant woman would be charged with two deaths, not just one, he had no idea that his biggest opposition would come from a “pro-choice” advocate whom he had thought would be his biggest ally in fighting to protect a woman’s “choice” to become a mom.

“The Abortion Rights Coalition of Canada (ARCC) – which is essentially the voice of one woman named Joyce Arthur – has again and again opposed every law that has been put forth to protect pregnant women from crimes committed against them and their families,” wrote Durham, who says he respects a woman’s choice to abort, on his blog last week.

“Arthur will tell you we must ignore Cassie’s choice [to be a mom]. She will tell you that to protect ‘all women’ we must overlook Cassie… or Olivia, or Roxanne, or countless other women who have been victimized while pregnant. Why?”

If passed, the bill would “recognize pre-born children as separate victims when they are injured or killed during the commission of an offence against their mothers, allowing two charges to be laid against the offender instead of just one.”

Arthur has criticized the bill as a “stepping stone to restrict abortions,” adding that it would “endanger women’s constitutional rights” to choice.

But Durham slammed Arthur’s claim to be “pro-choice” as simply “not logical or balanced” because it ultimately advances abortion as the only protected choice. He noted the hypocrisy in Arthur’s organization in claiming to “represent all Canadian women” and to “support any Reproductive Justice issue that may impact peoples’ rights” while opposing efforts to protect “women who choose to not have an abortion.”

“A pro-abortion group such as Joyce Arthur’s ARCC does nothing to protect a woman’s choice when she chooses to become a mother. How can they serve to protect ‘choice’ when only one option of that ‘choice’ is being advocated for?” he said.

Durham said that if Arthur was truly concerned about advancing women’s “choice,” then she would not “oppose every law” that would make it a crime for someone to violate a woman’s choice to be a mom.

He called Arthur’s identifying as ‘pro-choice’ “merely a guise” she hides behind in advancing what he called her “extremist” agenda. “Underneath the thin veil, it is actually her that is guilty of exactly what she runs around accusing others of being – ‘anti-choice,’” he added.

“You are not an advocate for a woman’s choice if you are only willing to protect one of her options. In fact, you have been a cancer to the rights of these women, and it has come at a cost to their physical protection at the very time they should have it most. Please for the sake of women – get right or step down,” he said.

In February pro-life MP Cathay Wagantall tabled private members bill (C-225) to protect pre-born babies from assaults on their mothers. The bill successfully sailed through the subcommittee on Private Member’s Business last month and was deemed votable and ready to be debated, although a timetable for this was not laid out at that time. An E-petition on Parliament’s online platform has been signed by 2650 people asking the House of Commons to pass the bill.