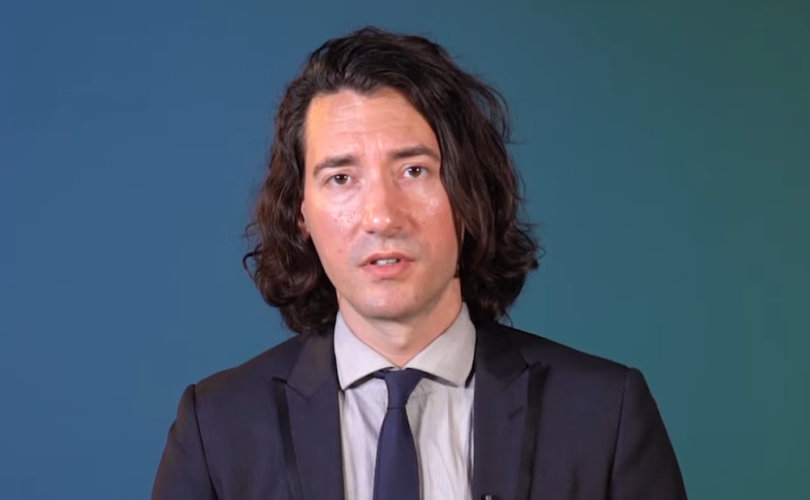 The six-minute video features CMP founder and president David Daleiden, who developed and orchestrated the organization’s 30-month-long undercover study of Planned Parenthood and the abortion industry’s participation in the illegal sale of body parts from aborted fetuses, describing how at the behest of Planned Parenthood, Kamala Harris had California Department of Justice agents raid his home to try to stop him from publishing undercover reports.

Daleiden says in the new video, “I’m not the first person to ever record undercover video in California.” The video shows examples of local TV news journalists and activists recording and publishing undercover video reports in the state. “Yet somehow, I have become the first person to ever have the California video recording law enforced against me for news gathering,” Daleiden continues.

Less than two weeks before the April 5, 2016 raid on Daleiden’s home to seize the videos, Kamala Harris met in person with several Planned Parenthood executives, including the lead abortionist at Planned Parenthood Orange & San Bernardino Counties (PPOSBC), whose fetal tissue program was then under investigation by local law enforcement. PPOSBC’s business partners, DaVinci Biosciences, admitted guilt for illegally selling body parts from Planned Parenthood and were shut down in a $7.8 million settlement. The Orange County District Attorney credited CMP’s undercover reporting with prompting the successful case.

“It’s pretty obvious that the reason that I alone was targeted by Kamala Harris was because I dared to criticize Planned Parenthood and the abortion industry. What Kamala Harris did isn’t treating people fairly or equally under the video recording law,” notes Daleiden in the video.

“Selling body parts is a crime,” he concludes. “Reporting on it is not. I will never bow to the tyrannical vision of leaders like Kamala Harris who believe that they are entitled to tell us what to think, what to believe, and what to say.”

In May, Daleiden and CMP had filed a civil rights lawsuit against Kamala Harris, Planned Parenthood, and the California Attorney General’s Office in Los Angeles federal court for conspiracy to violate First Amendment freedoms.