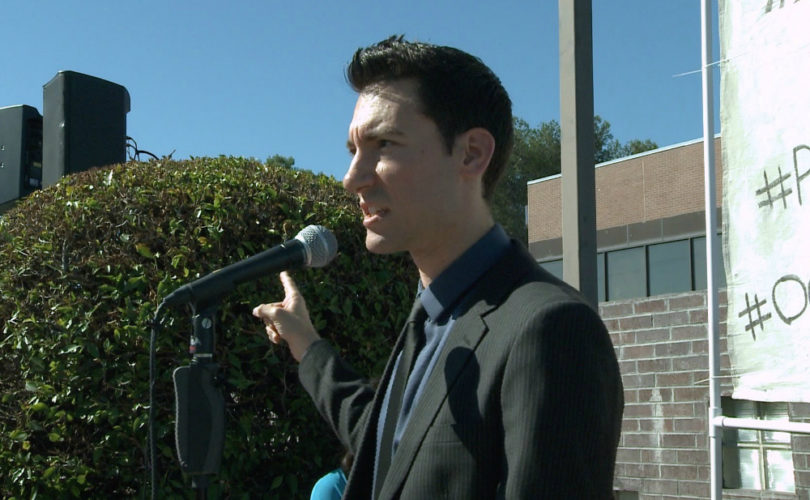 HOUSTON, January 26, 2016 (LifeSiteNews) – The indictment of David Daleiden and another undercover investigator could keep other eyewitnesses from testifying about heinous crimes, for fear they will end up in the slammer, pro-life leaders said today.

Strong statements of outrage, resolution, and demands for justice followed the announcement on Monday that a Houston-area grand jury would not charge Planned Parenthood Gulf Coast with selling human organs – but charged investigators with the Center for Medical Progress, instead.

“This has the effect of chilling the First Amendment freedom of the press and could scare crime witnesses away from coming forward for fear that they might suffer similar retaliatory prosecution,” said Cheryl Sullenger, the senior vice president of Operation Rescue.

“It is a sad day in America when those who harvest the body parts of aborted babies escape consequences for their actions, while the courageous truth-tellers who expose their misdeeds are handed down a politically motivated indictment instead,” said Congressman Diane Black, R-TN.

She also noted the timing of the decision. “Just days after tens of thousands of pro-life Americans participated in the March for Life to urge legal protection for the unborn, this senseless decision is a grim reminder of the work yet to be done,” she said.

Rep. Black vowed that the indictment “will not deter our efforts in Congress to hold Planned Parenthood accountable.”

The aborton giant remains the target of a Congressional investigation that the organization has violated numerous felonies, including profiting from the sale of human organs and aborted babies' tissue and performing partial birth abortions to maximize the number of body parts harvested.

In the meantime, Daleiden faces up to 20 years in prison, along with his associate, Sandra Merritt, for “tampering with a governmental record” when they posed under false names to conduct a nearly three-year-long sting investigation. They also stand accused of making an earnest effort to purchase human organs. But their series of videos recording national Planned Parenthood figures dickering over the profit margin they hoped to get from “donating” aborted babies' organs went viral last summer and drew national attention to something few outside hardcore pro-life advocates knew.

“It's horrifying that the Houston grand jury failed to indict the organization who was willing to sell baby body parts yet somehow manages to indict the journalist who caught them in the act,” said Kristan Hawkins, the president of Students for Life of America. She just awarded David Daleiden one of their Defender of Life awards at their national conference on Sunday in San Francisco. “I'm proud to stand with David, the Center for Medical Progress, and journalists everywhere on this one.”

James O'Keefe – an undercover investigator who, like Daleiden, got his start working with Lila Rose – tweeted that the indictment continued Planned Parenthood's history of intimidating its opponents:

They will jail and controversialise everyone who attempts to make a difference in this countr https://t.co/dCfD4X5xxd

He felt the unwelcome development underscored the importance of CMP's work:

Despite the legal setback, Daleiden's revelations will one day bring justice to the nation's leading abortion provider, his friends believe.

“Once the facts are allowed to come out, which Planned Parenthood and the NAF have worked night and day to conceal or misrepresent, we have every confidence that Daleiden and Merritt will be completely exonerated,” Sullenger said. “In the meantime, Planned Parenthood remains under investigation by other state agencies in Texas, which we believe will reach different conclusions than that of the [Harris County District Attorney Devon] Anderson-influenced grand jury in Houston.”