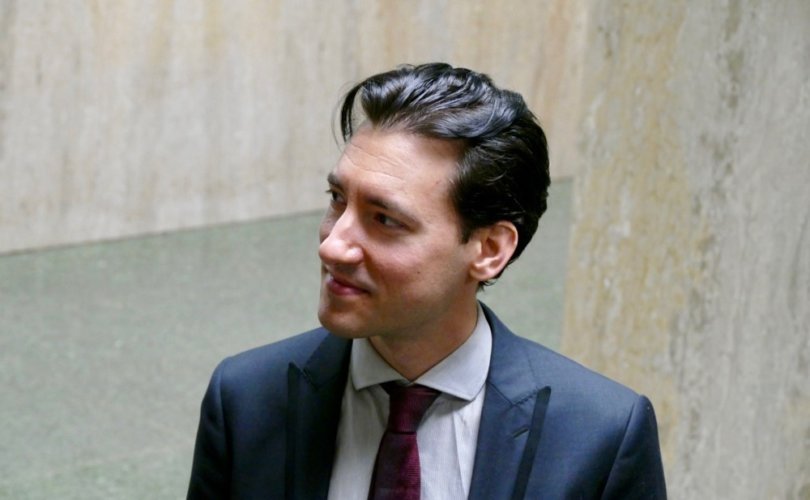 SAN FRANCISCO, California, September 13, 2019 (LifeSiteNews) — In his first-ever time in the witness stand, pro-life advocate David Daleiden testified to the disturbing details in the fetal organ harvesting industry that led him to embark on an undercover investigation of the gruesome practice.

Daleiden and Sandra Merritt are charged with 15 felony counts of illegal recording of confidential communications in connection with undercover videos the Center for Medical Progress released in 2015 that provide evidence of Planned Parenthood’s illegal trafficking in baby body parts.

The 30-year-old graduate of Claremont McKenna College testified he worked in investigative research with Lila Rose of Live Action, part-time in 2008 and full-time in 2010, before founding CMP in 2013.

He became interested in investigating the aborted baby parts harvesting industry in 2012, when he saw a 20/20 documentary made in 2000 about the harvesting of aborted baby organs at a Planned Parenthood in Kansas.

The whistleblower in that case, Dean Alberty, worked inside the Planned Parenthood abortion center as a fetal tissue procurer for a company called Opening Lines. Alberty spoke on 20/20 of receiving aborted babies intact and of “cutting open the chest and seeing the heart was still beating.”

Alberty subsequently testified in a congressional hearing that at one point, the abortion doctor brought him 24-week-old twins born alive after a failed abortion in Kansas City, Daleiden said. When Alberty said he did not want to harvest organs from living children, the abortionist then “drowned them in a pan,” Daleiden told the court.

Daleiden said he read Alberty’s congressional testimony in 2010, and after that read a book by Suzane Rini called Beyond Abortion, a Chronicle of Fetal experimentation, “a very in-depth literature review of all fetal experimentation” and that he “tried to follow up on the more significant, more disturbing studies she cited.”

That included a 1967 study titled “The artificial placenta,” in which a live baby is submerged in a “perfusion apparatus” intended to simulate a womb, to see “how long the fetus can stay alive.”

Daleiden said he believed the researchers obtained the live babies for this study from abortion, and that he found the experimentation “extremely disturbing.”

“I had nightmares about it for about a week afterward,” he told the court.

He testified that while the congressional hearings based on Alberty’s revelations took place in 2000, by 2010, no major journalist, no major advocacy associations “had done anything further.”

Daleiden said he believed this was something that should be brought to the attention of “the American people and to American law enforcement.”

He then started investigating the fetal tissue harvesting industry on the internet, finding the company Advanced Bioscience Research, (ABR) which had been operating since 1989, “as long as I’d been alive,” and which had “escaped any scrutiny” during the 2000 congressional hearings, other than “a tiny bit of reporting.”

He later met with Linda Tracy, the CEO of ABR, and Perrin Larton, its chief procurement officer, he told the court.

Daleiden also discovered fetal tissue procurement company StemExpress when a friend sent him a link in 2011 to a Craigslist job posting by the company for a “procurement technician” to “harvest gestational tissue, fetal tissue.”

StemExpress “identified Planned Parenthood clinics in Northern California as where they wanted their technician to work in,” Daleiden said.

The StemExpress website in 2011 contained a drop-down menu of the “human fetal body parts you wanted to order,” which included “all different kinds of organs and tissues,” such as brain, heart, heart with veins and arteries attached, liver, sinus.

The StemExpress website also had a drop-down menu for “the gestational age of fetal body parts you wanted to order,” which went up to 20 weeks, Daleiden said.

Screenshots he took of the menus were in the court’s exhibits.

Daleiden said that at this point he was actively monitoring the fetal harvesting business on the web and noticed a Stanford University study published in “Circulation” in 2012 that cited StemExpress as supplying fetal hearts.

The study used the Langendorff perfusion technique and in its “methods” section described the process as: “In brief, human fetal hearts were perfused using a Langendorff apparatus.”

The CEO of StemExpress, Doe 12, testified last week that she required researchers to credit her company. Daleiden pointed out that StemExpress was “cited in parenthesis” in the methods and practices section of the study.

Daleiden said he researched the Langendorff apparatus and found that it was “designed to keep fluid pumping through a heart that has been cut out of a body.”

“So the Langendorff apparatus could not resuscitate a dead heart?” asked Daleiden’s lawyer, Brentford Ferreira.

“My understanding is that it required a live beating heart,” Daleiden said.

He consulted experts, including Dr. Stephen McCurdy and Dr. Theresa Deisher, he said.

Dr. Stephen McCurdy specializes in internal medicine and is the director of UC Davis Master of Public Health Program in Sacramento, California. Dr. Theresa Deisher is a research scientist who has a doctorate in molecular and cellular physiology from Stanford University and is the founder of Sound Choice Pharmaceutical Institute and the CEO of AVM Biotechnology.

“Dr. Deisher told me the fetus would have to be alive at the time the organs were harvested” for use in the Langendorff apparatus, Daleiden told the court.

Daleiden’s lawyer told the court that StemExpress was mentioned in connection with a Stanford University study where Langendorff perfusion was used, a technique that “requires a beating heart.”

Daleiden said in court today that when he started CMP in 2013 to embark on his project to investigate fetal body part harvesting, he was hoping to raise $125,000 to fund his work.

The undercover investigation took over 30 months from January 2013 until the first video was released in July 2015 on a “shoestring budget” of $100,000 and in a more “piecemeal” way than he’d hoped, Daleiden said.

Prior to going undercover, Daleiden said he consulted with several law experts regarding whether he could record conversations under California Penal Code 632 and 633.5. Experts agreed he could.