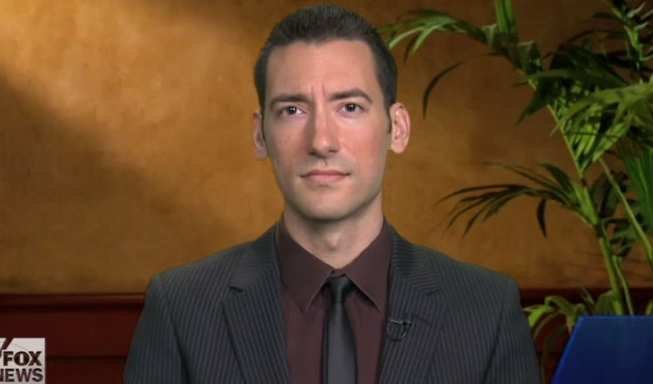 SAN FRANCISCO, California, September 18, 2019 (LifeSiteNews) — Pro-life journalist David Daleiden testified in court yesterday that his undercover investigation of the illegal trafficking of aborted-baby body-parts led him to file homicide charges against Planned Parenthood in two California counties and four states prior to him releasing his covertly recorded videos in 2015.

Daleiden and Sandra Merritt of the Center for Medical Progress (CMP) are charged with 14 felony counts of recording confidential information without consent in connection with the undercover videos exposing Planned Parenthood’s practices. They face 10 years in prison if convicted. The preliminary hearing to determine if any of the charges could proceed to a trial is taking place at San Francisco’s Superior Court where Judge Christopher Hite is presiding.

Daleiden and Merritt’s legal team is arguing the law does not consider confidential any communication that can reasonably expected to be overheard.

They are also arguing Section 633.5 exculpates the surreptitious taping of confidential information when those doing so believe they are gathering evidence of violent crimes.

In the last morning of his first-ever public testimony, Daleiden told the court he believed he had enough evidence to support criminal charges against Planned Parenthood and fetal tissue harvesters in California, notably StemExpress, DV Biologics, and DaVinci Biosciences.

Those crimes included homicide of premature infants through harvesting their organs, partial-birth abortion, leaving infants born alive during an abortion to die in violation of state and federal laws, and selling human fetal tissue illegally.

When questioned by Horatio Mihet of Liberty Counsel, Merritt’s lawyer, Daleiden said he contacted law enforcement before CMP released the undercover videos in 2015.

Judge Hite of the San Francisco Superior Court ruled, however, that Daleiden’s report filed with the El Dorado attorney general and sheriff’s office was inadmissible, because Daleiden filed it after he completed his investigations.

Defense lawyers Brentford Ferreira and Mihet objected strenuously to no avail that the report was clear evidence of Daleiden’s “state of mind” — his belief he was investigating violent felonies.

Daleiden testified he and Holly O’Donnell, the whistleblower who formerly worked for StemExpress, met with officers of California’s El Dorado County’s sheriff’s office on May 21, 2015.

The next day, he and Merritt surreptitiously recorded a lunch meeting with the three StemExpress principals: the CEO, then-vice president of corporate development, and procurement manager — Does 12, 13, and 14 respectively. The names of Daleiden’s and Merritt’s accusers are sealed during prosecution by judge’s order.

He met with El Dorado law enforcement officers again on the day of the lunch, during which he recorded Doe 12 joking about shipping intact baby calvariums (heads) to the StemExpress lab to harvest brain tissue, and saying she could use “50 more” human baby livers per week.

In a video clip played in court, Doe 12 spoke about “raising the bar” and, in the words of Daleiden, about “pushing Advanced Bioscience Research, out of the market by paying more for specimens.”

Doe 13 said aborted baby livers had to be at least five cubic centimeters in size before StemExpress would pay for them. Daleiden testified earlier that a former StemExpress procurement manager told him the company sold a vial of stem cells extracted from a 19-week-old aborted baby for $17,000.

But before Daleiden left the witness stand, Judge Hite asked him if any law enforcement agency asked him “to wear a recording device and go in and investigate on their behalf.”

The judge also quizzed him about the reports he filed: whether he personally met with law enforcement in any other jurisdictions than El Dorado, and what was the response.

Daleiden said that after the videos were released, the Orange County district attorney filed a lawsuit against DaVinci Biosciences and its sister company, DV Biologics, for illegally profiting from the sale of fetal tissue and stem cells. When questioned by Mihet, Daleiden added that the two companies agreed to a $7.8 million settlement, which bankrupted them. The companies were also ordered to permanently close all business operations in California.

Daleiden told Judge Hite that the Arizona district attorney’s office “actually has some pending” investigations, and that National Abortion Federation member Camelback Family Planning Clinic in Phoenix was ordered to “disgorge money it received from StemExpress for fetal livers.”

He said that the Texas attorney general’s office related that it was looking into the matter, and after the release of the videos, Harris County launched a grand jury investigation into Planned Parenthood in 2016.

The grand jury, however, cleared Planned Parenthood of selling baby body parts for profit and instead indicted Daleiden and Merritt on charges of attempting to solicit a sale of human organs. The two were also charged with tampering of government documents in their use of fake driver’s licenses. All charges were dropped in July 2016.

Daleiden also told Judge Hite that the Oklahoma A-G’s office said they were looking into the matter, as did California’s Eldorado County.

He testified when questioned by Mihet that Texas kicked Planned Parenthood out of its Medicaid program as a result of the undercover videos, a remark the Judge ordered struck from the record as speculative.