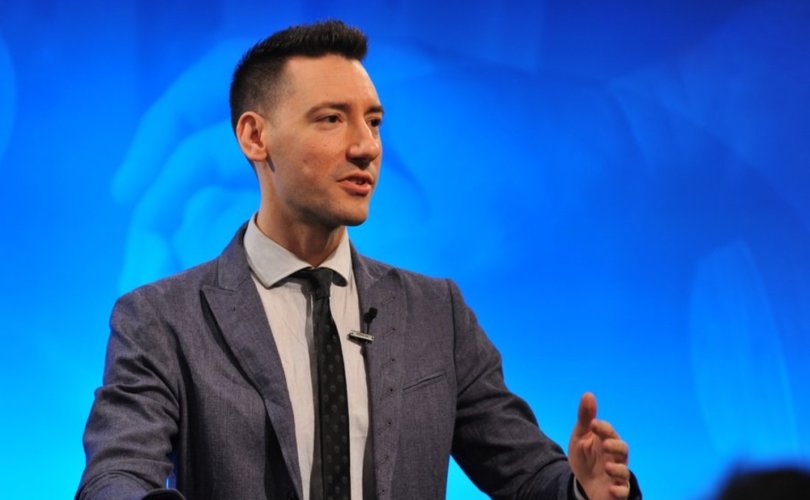 SAN FRANCISCO, California, September 16, 2019 (LifeSiteNews) — The judge at the David Daleiden and Sandra Merritt hearing ruled it was speculation to assert a baby body parts harvester describing a “fetus” that “just fell out” meant something happened “to that specific fetus.”

Judge Christopher Hite of the San Francisco Superior Court objected that it wasn’t clear in Daleiden’s secretly recorded conversation with Perrin Larton, procurement manager of Advanced Bioscience Resources, what happened to a baby she said “just fell out” within minutes of the mother going in for an abortion.

Daleiden, project lead for the Center for Medical Progress (CMP), and Merritt, an investigative reporter for CMP, are charged with 14 felony counts of illegal taping confidential communications in connection with the videos CMP released four years ago exposing Planned Parenthood selling baby body parts. (One of the original 15 counts was dropped on Friday.)

The defense is arguing the law does not consider as confidential conversations that can reasonably be expected to be overheard, and that covert taping of confidential communications is allowed when those doing so believe they are collecting evidence of violent crimes.

In his first-ever public testimony, Daleiden said he met Larton at an exhibit booth at the June 2013 International Society of Stem Cell Research Conference in Boston.

Posing as Robert Sarkis of the fictitious fetal procurement start-up Biomax, Daleiden secretly recorded Larton telling him “the whole point is not to have a live birth.”

“I literally have had women come in and go in the OR and they’re back out in three minutes, and so I thought, ‘What’s going on,’ and ‘oh yeah, the fetus was already in the vaginal canal, whenever we put her in the stirrups, it just fell out,’” she says.

After the video clip was played in court, Daleiden’s lawyer Brentford Ferreira asked him if Larton “procured organs from this fetus that just fell out.”

But prosecutor Johnette Jauron raised objections of hearsay, and Hite asked Daleiden, “Was the falling out of the fetus, did she ever clarify what caused that?”

Larton was in an abortion facility and “waiting for aborted fetuses to be given to her for organ harvesting [and] procurement,” Daleiden said.

“From that fetus?” asked Hite.

Daleiden said he understood that Larton had harvested organs from that baby because in her account, she was “surprised, shocked” that the abortion “took three minutes.”

Daleiden testified that the baby was about five months’ gestational age, and Ferreira asked him if he believed the baby had “a beating heart.”

He said that because Larton said an abortionist’s intent is “not to have a live birth, I understood Perrin meant this would result in a live birth,” a comment Hite had struck from the record after Jauron objected.

Hite said it was speculation to assert anything happened “to that specific fetus.”

Daleiden then testified that in Larton’s April 2019 deposition in the Planned Parenthood lawsuit against CMP and others, Larton said “sometimes fetal hearts are beating.”

But Hite ruled that out on the grounds that depositions in the civil case were sealed by Judge William Orrick, who is hearing the civil case.

When Ferreira asked to get an order to have “this brief part of the transcript” used, Hite told him to follow procedure.

“At this moment, at this time, at this day, in this court, I state this is unconstitutional,” Ferreira said.

But as it turned out, Daleiden was correct when he told the court that part of Larton’s deposition had been unsealed.

He was then able to testify to what Larton said in her deposition in the Planned Parenthood lawsuit, and Ferreira asked him if he recalled what Larton said about “whole fetuses simply falling out of a womb.”

“She said she saw it happen every couple months,” Daleiden said.

“Did she confirm for you at that deposition when the entire fetus falls out, the procurement technician procures from that fetus?” Ferreira asked.

“Yes, she did,” Daleiden answered.

Daleiden noted in his testimony that “if a fetus is delivered alive in an abortion procedure, both state and federal law require it be given the same care as any premature infant.”