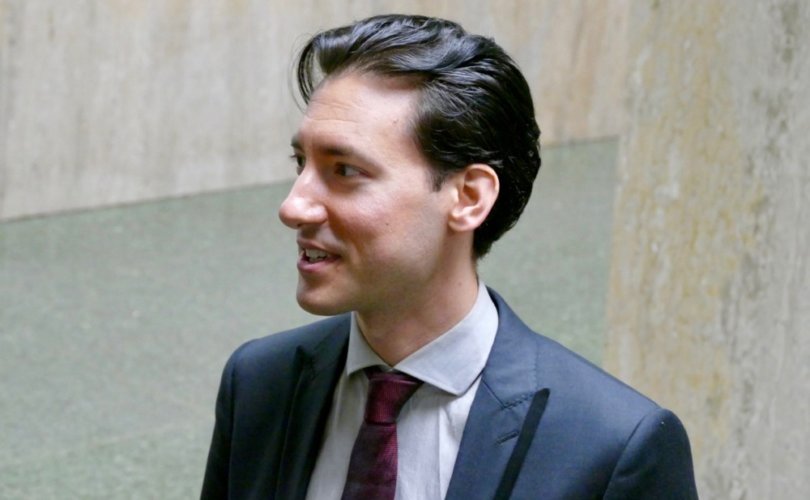 He also testified that a former laboratory manager at StemExpress told him the company was paid $17,000 for stem cells harvested from the liver of a 19-week-old aborted baby.

Daleiden and Sandra Merritt of the Center for Medical Progress are charged with more than a dozen felony counts of illegal taping in connection with undercover CMP videos released in 2014 that exposed Planned Parenthood trafficking in aborted baby body parts. They face 10 years in jail if convicted.

Daleiden and Merritt are claiming a Section 633.5 defense, which exculpates the covert taping of confidential communications when investigating violent crimes. The defense is also arguing Section 632 does not consider as confidential a conversation that can reasonably be expected to be overheard.

He said he talked with Leu on the phone in January 2014 about StemExpress supplying human fetal hearts for a 2012 Stanford University study that used a Langendorff apparatus, which, he said, he had been told by experts required a live beating heart.

Daleiden said former Rebolcaba told him that Berman was in charge of the fetal tissue donation program at StemExpress and that StemExpress was operating under his medical license.

StemExpress “took out the stem cells” and put them in a vial which it sold for $17,000, Daleiden told the court.

Daleiden said he believed the value attached to fetal organs created “an extreme incentive” to change an abortion procedure to obtain intact organs, and “a big incentive to coerce patients” to go through with the abortion.

He testified that in his investigations of Berman, he found a study by Berman published in 1974 about the drug Prostaglandin F2-Alpha, in which Berman praised the drug for its “efficacy” in expelling the “components of gestation […] in their entirety.” The study defined that a “complete abortion” happened when “embryonic and placental components of gestation were expelled in their entirety and no surgical intervention was indicated to complete abortion,” a method that Daleiden noted would be optimal for fetal organ harvesting.

Prostaglandin F2-Alpha was identified in Suzanne Rini’s book on fetal experimentation “as a new type of drug used in the 1980s, 90s” that would offer “quick and efficient labor induction” in late-term abortions but which greatly increased the likelihood of “fetal expulsion,” Daleiden told the court.

He testified that he found that by 2013, it was “the hot, new exciting thing in Planned Parenthood to use misoprostol for cervical preparation” and that he understood Prostaglandin F2-Alpha and misoprostol were “related to each other.”

Daleiden said he attended a business conference where then StemExpress scientific director Joshua Woods spoke and said that StemExpress went from a $15,000 company to a multimillion-dollar company in a matter of two years.

Defense also played a video recording of Doe 9 at the 2014 National Abortion Federation in which she said she would do an abortion in the breech position if the fetal harvester “wants brain… so we’ll leave the calvarium until last…leave it separate so it won’t get lost.”

Find all of LifeSiteNews' in-depth coverage of Daleiden and Merrit's preliminary hearing here.

Correction Sept. 16, 2019, 8:35 PM EDT: A previous edition of this story misidentified the position of the person who Daleiden says told him about the $17,000 payment for stem cells. The error has been corrected.