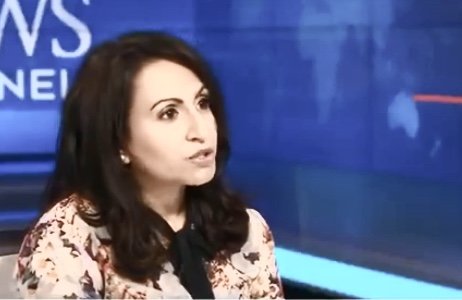 May 21, 2020 (LifeSiteNews) – An Ontario doctor is warning that the Canadian government’s new deal with China to produce a coronavirus vaccine is a “dangerous endeavour” and that Canada should instead fund vaccine trials with allied nations.

“The role of our governments is to build trust through transparency and accountability,” said Dr. Kulvinder Gill, the president and co-founder of Concerned Ontario Doctors, a grassroots, non-profit organization advocating for healthcare issues affecting frontline doctors, in a ThinkPol report published May 19.

“The role of our governments is to build trust through transparency and accountability,” said Gill, a frontline physician in the Toronto area. “If the Trudeau government wants Canadians to trust and buy into a SARS-CoV-2 vaccine, partnering with the Chinese Communist Party’s military is (…) the most counterproductive and dangerous thing it could do.”

LifeSiteNews reported last week that the vaccine candidate Ad5-nCoV uses the HEK293 cell line, which is made from fetal cells harvested from an aborted baby decades ago, and is the property of the NRC.

In the ThinkPol report, Gill said Canada should not be working with the Chinese Communist Party’s military and “abandon this illogical and dangerous endeavour, and instead fund vaccine trials with our allied nations who understand the critical importance of trust, ethics, safety, transparency, and collaboration.”

Gill said on her Twitter account that Canadians should “fight against” what she calls a “hijacking” of medicine and science by politicians. She also noted on Twitter that she is “pro-vaccine,” saying it is “illogical” Canada is the only nation to sign an agreement with China to develop a coronavirus vaccine.

In the ThinkPol report, Gill noted that as coronaviruses are part of a large family of RNA viruses, which includes the common cold, the fact is no such vaccines exist for use in humans.

“We must not lose sight of the fact that coronaviruses are a large family of RNA viruses, which include the common cold. No approved human coronavirus vaccines exist,” said Gill in the ThinkPol report.

The ThinkPol report also noted that Gill says both SARS and MERS went away on their own without the need for a vaccine, adding that one's immune systems seem to be a person’s best defense.

“There are no confirmed cases of reinfection or reactivation, strong T-cell responses bode well for long-term immunity, and there is residual immunity to common cold coronaviruses that offers some cross-protection against COVID-19,” Gill said in the ThinkPol report.

In the ThinkPol report, Gill noted that another reason to be cautious about working with China is the warning from the Five Eyes intelligence alliance consisting of Canada, the United States, the United Kingdom, Australia, and New Zealand.

Ted Kuntz, president of Vaccine Choice Canada (VCC), a not-for-profit society founded by families who have suffered from vaccine reactions or injuries, told LifeSiteNews that he is concerned about the safety of the coronavirus trial vaccine.

“Will those volunteering as human test subjects be fully informed that this vaccine has not undergone standard safety testing?” Kuntz said.

“Will healthy human test subject be told that the risk of harm to them significantly outweighs any potential benefit? Are human subjects being made fully aware that many of the adverse effects of vaccination, especially on the neurological and immunological systems, may not be evident for years if not decades?”

Kuntz also told LifeSiteNews that he hopes “saner heads will prevail” when it comes to risks associated with a coronavirus vaccine.

“Is Health Canada and the vaccine industry willing to put the entire vaccine program at risk to potentially alleviate the risk of mortality in 0.1 percent of the population?”

The clinical trials for Ad5-nCoV will be taking place at the Canadian Centre for Vaccinology at Dalhousie University in Halifax. A total of 600 people will be needed for the trial, according to a CBC report, that will be done in phases.

Dr. Scott Halperin, director of the Canadian Centre for Vaccinology at Dalhousie University, told CTV that because of the scale of the coronavirus, his team will not wait for full results from one stage to the next, but rather conduct the tests “in a more accelerated fashion, without sacrificing any safety.”

In April, Trudeau said he needed time to “reflect” about the possibility of making a coronavirus vaccine mandatory in Canada if and when it becomes available.

Yesterday, the Premier of Alberta said on a Facebook live event (26-minute mark) that he has no intention of making a coronavirus vaccine mandatory in Alberta, despite the fact an Alberta law exists to allow for this.

Canada’s collaboration with China to test Ad5-nCoV comes despite growing evidence and calls from many that China is ground zero for the coronavirus. The Wuhan Institute of Virology is China’s only level four biosafety lab, and there has been speculation that the coronavirus somehow escaped from its doors.

In April, it was reported that Trudeau gave close to $1 million of taxpayer money to help fund “research” for new COVID-19 “screening and diagnosis” tools at the Chinese lab where the virus is suspected to have originated.