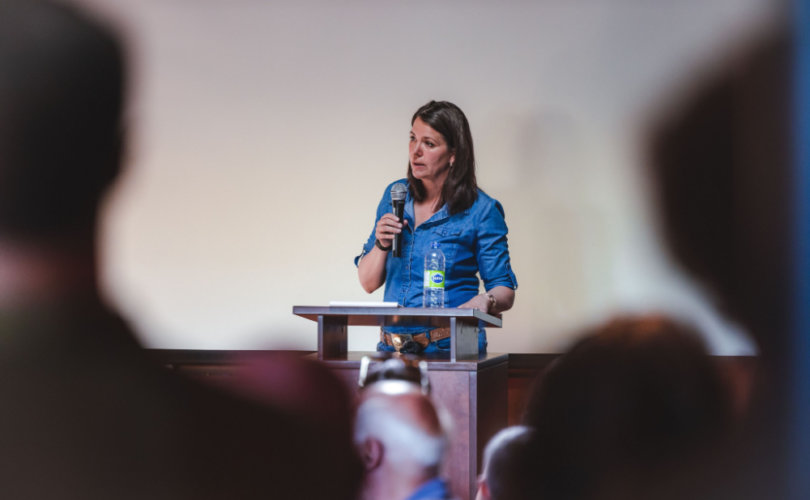 EDMONTON, Alberta (LifeSiteNews) — Alberta’s new premier, Danielle Smith, doubled down on her promise to cut an agreement the province’s healthcare agency made with the World Economic Forum (WEF), saying billionaires who “brag” about their control over politicians have no place in her province.

“I guess I find it distasteful when billionaires brag about how much control they have over political leaders, as the head of that organization has. And I think that that is offensive,” Smith said on Monday after being asked by a reporter about her recent comments regarding the WEF deal the province’s health agency put in place under her predecessor, Jason Kenney.

Asked again about her views on WEF, Premier Danielle Smith says she finds it distasteful when “billionaires brag about how much control they have over political leaders.”

Smith’s statement seems to reference a 2017 statement by WEF chairman Klaus Schwab, who bragged that his group is involved in the “infiltrat[ion]” of “governments around the world,” specifically mentioning the “young generation” of leaders like “Prime Minister [Justin] Trudeau” and Germany’s Angela Merkel.

Smith’s attack on the WEF began last week, when she vowed to investigate the Alberta Health Services (AHS)  after revealing that the agency had signed a deal with the group behind the now-infamous “Great Reset” agenda, in the “middle of the pandemic.”

During Tuesday’s press conference, at which she swore in her new cabinet, Smith was bombarded with questions about the WEF.

The barrage of questions prompted Smith to say: “Quite frankly, and until that organization stops bragging about how much control they have over political leaders, I have no interest in being involved with them.”

“My focus is here, in Alberta solving problems for Albertans with the mandate from Albertans.”

WEF has ‘terrible ideas for humanity’

Pro-life UCP MLA Todd Loewen, who was made Minister of Forestry, Parks and Tourism by Smith, has also called out the WEF, characterizing the group as a “collection of wealthy, international elitists who have terrible ideas for humanity.”

“They boast about their influence in governments all over the world. None of this is a ‘conspiracy theory’. It’s public knowledge. I’m glad to see this leadership promise kept,” wrote Loewen on his Facebook page on Tuesday.

As reported by LifeSiteNews, the WEF’s “Great Reset” agenda is a militant plan created by global elites that  “seeks to ‘push the reset button’ on the global economy,” with the intention of ushering in a new world order that includes aspects closely resembling China’s Social Credit System.

The federal government under Trudeau has long been pushing legislation and adopting policies in Canada that go along with the agenda of the WEF and other globalist groups.

Both Trudeau, and his Deputy Prime Minister Chrystia Freeland, are listed on the WEF’s official website.