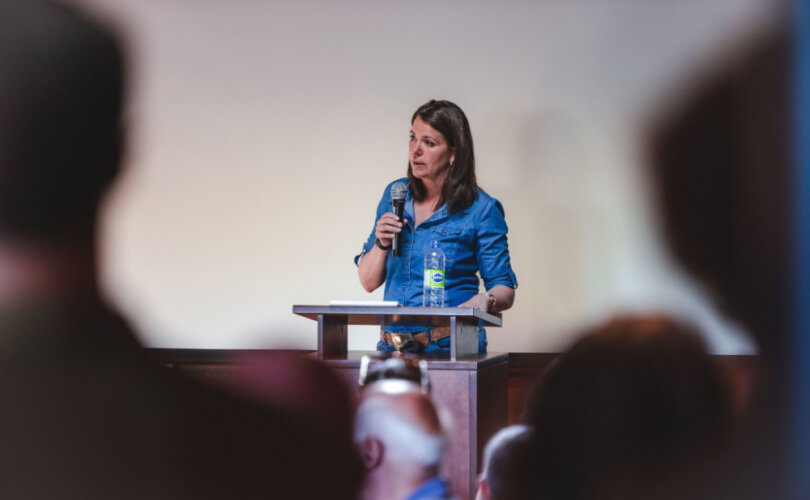 EDMONTON, Alberta (LifeSiteNews) – Alberta Premier Danielle Smith promised that a bill to protect the rights of the unvaccinated will be coming soon but for now will not be part of new legislation being introduced in order to ensure changes to the bill are done properly.

“We were going through it again (bill idea), getting caucus feedback. Just making them into one bill was not going to protect the rights and freedoms of citizens next time around, so we realize it has to be a much broader review of legislation, probably much broader changes,” Smith told reporters yesterday.

“And so I’m working on a process I’ll tell you about very shortly so that we can make sure we do that full review.”

Smith said that she did not want to “make a change that wasn’t going to address the problem in the future and so that’s the reason why we decided that we have to look at a broader suite of reforms.”

“I’m in the process now of identifying individuals who might be able to assist with that legislative review. And so once I’ve established that I’ll make sure that we have the full terms of reference, as well as the legislation that we’re looking at and it’s not going to be that long,” Smith said.

She then said legislation protecting the rights of the COVID vaccine free will be coming in a matter of “weeks,” not “months.”

Smith in clear terms said to Shandro, “Take any necessary legislative or regulatory steps to prohibit discrimination on the basis of COVID-19 vaccination and/or booster status.”

She also promised during her leadership campaign that she would amend the Human Rights Act so that the vaccine free would be protected.

Smith explained that trying to change one piece of the Human Rights Act “was not going to solve the problem that we encountered over this past two and a half years.”

“I want to make sure that we come through with a new pandemic planning proposal and pandemic plan that we’re addressing all of the problems,” Smith said.

Joseph Schow, the house leader for the governing United Conservative Party (UCP), unveiled yesterday forthcoming legislation for the winter sitting of the legislature that will include the Alberta Sovereignty Act to stop federal government overreach.

However, not part of the agenda was a bill amending the Human Rights Act.

During the first month of Smith’s premiership, she seems to have made fighting back against the mainstream political COVID narrative a top priority.

She apologized to all the vaccine-free Albertans who were “discriminated” against during the COVID-19 so-called pandemic while later mentioning she is working to pardon those who were fined under former premier Jason Kenney’s COVID-era legislation, particularly pastors.

During her first day on the job, Smith said the unvaccinated were the most “discriminated” against group she saw during the last two years.

Smith revealed during a press conference Monday that she has been calling organizations and businesses when she hears they still have discriminatory COVID jab mandates in place.

“I’m calling people when I hear these instances,” she said.

Smith noted how when she heard the Arctic Winter Games being held in January in northern Alberta still had a COVID jab mandate, she told them the government would pull $1.2 million in funding if they did not drop the mandate.

“We do not want discrimination in our province. I don’t know if I can be more clear than that,” Smith said.

She noted that she wanted to “make sure that we’re solving this problem for the future so there’ll be more to come (in terms of legislation protecting the jab free).

“And I think our I think my supporters will understand why it is that I’ve made these decisions once they see the approach that we’re taking.”

Under Kenney, thousands lost their jobs or were placed on leave without pay, including many public service workers in healthcare, because they chose not to get the COVID injections.

Since then, many have been fighting back against the imposition of workplace jab mandates, including a group of vaccine-free Calgary Firefighters as well as a 176-strong group of WestJet airline workers.