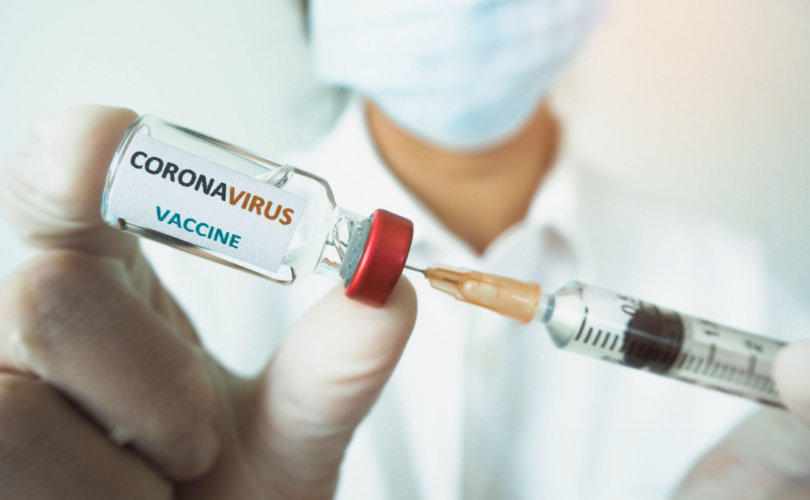 November 18, 2020 (LifeSiteNews) – Nine days of public protest and criticism from medical and professional sources have reportedly forced the Danish government to back down from its plan to impose a special law regarding diseases that are considered to be “socially critical.”

The draft “epidemilov,” or “epidemic law,” had provisions allowing the use of police to force vaccinations on certain groups defined by the state. While the ruling Social-Democrat coalition government intends to come back with a new or an amended draft law, public outrage has already ensured that it will be under intense scrutiny, especially since all parties except the Social-Democrats have voiced their opposition.

This important news turned out to be hard to pin down and is still being presented as fake by Danish commentators on social media, with a number of users claiming to live in Denmark saying they had heard of no demonstrations or change of mind on the part of the government. Indeed, mainstream international media, including MSN, were silent about the event, which would have gone unnoticed if it were not for local social media users who posted videos of the “pots and pans protest” that put pressure on Danish authorities.

DENMARK: 9 days of protests over a new law that “would be able to define groups of people who must be vaccinated. People who refuse the above can be coerced through physical detainment, with police allowed to assist.”pic.twitter.com/LN0SBVKUE8

Several videos were assembled by “Hugo Talks,” whose commentary is online here.

Epidemilov was to have permanently replaced the existing temporary Epidemic Act that came into effect last March and expires on March 1, 2021. Under the new provisions, patients infected with a “dangerous disease” would face compulsory testing, hospitalization and treatment, and forced isolation.

The new epidemic law would have given the National Board of Health the power to force certain groups in the population to be vaccinated in order to contain and eradicate a “dangerous disease.”

Individual opposition to these measures would be allowed to be overcome by use of the public force: in some situations, “coercion” and “physical restraint” by the police would become legal, as well as the lockdown of certain premises.

Moreover, the Health Minister would be in the position to decide alone whether a disease is dangerous enough to activate the epidemic law, without any parliamentary control, according to The Local, a pro-European Union news site that gives English language information about nine West-European countries.

DENMARK: protests over a new law that “would be able to define groups of people who must be vaccinated. People who refuse the above can be coerced through physical detainment, with police allowed to assist.”pic.twitter.com/lEiHVVdEvn

On the economic front, under the law drafted by current Health Minister Magnus Heunicke, the government would be allowed to close or restrict companies’ activities without compensation. Politicians would have complete control over allowing businesses to function or not.

The Local noted that “a further criticism of the proposed law is that it could force businesses and organizations to hand over information about staff and members to authorities, such as information regarding individuals’ movements.” The Danish Council of Ethics said this would promote a culture of surveillance that “in no way benefits trust in society.”

The 285-page law is available here in Danish.

In the proposed law, the word coercion is included 92 times and power 84 times in different contexts, according to the Danish press.
Some of its measures were already part of the March 2020 law passed 24 hours after Denmark was “closed” by lockdown. Opponents now hope that a full review of the new draft law will allow its worst provisions to be scrapped altogether.

The parliamentary hearing period for the draft law expired last Friday, but Rasmus Langhoff, the ruling Social-Democrats’ spokesman for health, told the mainstream Danish news media DR that the text had not reached its final draft. The consultations had shown that not a single party apart from the Social-Democrats – who obtained just 25.9 percent of the national vote in the last parliamentary elections – would be prepared to vote the law as it stands.

Many see this as the effect of thousands of Danes protesting against the freedom-killing law since November 4 banging on pots and pans in demonstrations that took place day and night in front of Castle Christiansborg in Copenhagen, the seat of the Danish Parliament or “Folketing.”

On Tuesday, Prime Minister Mette Fredericksen answered questions to the government in the Folketing to a background of noise and slogans of the demonstration underway in front of Christianborg. She said, “I think we need to start over. In my eyes, all the parliamentary parties should be happy with the text and we need to get an epidemic law made with a democratic foundation, it must have a democratic content.”

“We will look at the epidemic law again, we take the criticism very seriously, and a better balance must be found,” she told the North Jutland radio channel ANR.

Is this a sufficient guarantee? Surely not, but the government is surely facing an obstacle that it did not expect. DR was unable to obtain answers to its questions regarding the next steps: Will the government issue a new draft law – this would oblige it to go through a whole new consultation process – or will it simply amend the existing draft law? One way or another, negotiations with the Folketing will be required and, according to Rasmus Horn Langhoff, they will “last well into the future” before the epidemilov garners broad support.

For the time being, opposition parliamentarians such as the liberal center-right Venstre deputy Sophie Løhde are complaining about the executive coup planned by the government, DR reported. “It is extremely un-Danish that we have a Prime Minister who insists on making all decisions herself. Denmark is built on us jointly finding the good decisions. That is the core we must return to,” she commented, asking for the Volketing to ensure that there is “democratic control and legal security for both citizens and companies.”

Danish People’s Party health spokeswoman Liselott Blixt commented, “I think this was a terrible machination. We must ensure that there is no coercion against the citizens, and we must ensure that people can receive compensation if they are expropriated.”

At the end of last week, it also emerged that the Danish Medical Association sent a very critical response to Mette Fredericksen about her draft law, insisting that a number of its “regulations go too far and should be changed”. Camilla Rathcke, chairman of the DMA, added that it gave the authorities so much power that it could be considered to be “crossing boundaries regarding the individual patient.” DMA considers that compulsory vaccination should be “absolutely the last resort” and raises concerns about patients’ “legal security.”

The Danish Society for General Medicine echoed those concerns. Its president, Anders Beich, said, “We do not think it is necessary that there be so much power in a ministry. We do not want to be part of such a powerful structure.” He added that forced vaccinations would only give more power to vaccine opponents.

Doctors and nurses associations have also made clear that they want to be able to say no in relation to “a possible use of public force,” complaining that the text would allow prosecution of medical personnel who would refuse to cooperate.

Public rejection of coercive sanitary laws – or “sanitary dictatorship” – is proving to be useful.

In France, where only 54 percent of the population is in favor of a COVID-19 vaccine according to one survey, and where a scant 40 percent have said they would personally take the jab, a trans-humanist essayist and surgeon, Dr. Laurent Alexandre, told the state-funded TV station LCI a few days ago that while personally in favor of coercive vaccination against COVID he was now against it in practice because the present “tsunami” of “conspiracy theorists” gaining traction on social media have made the move “politically impossible.”

He explained that “public opinion would not understand, having been extensively manipulated and made white-hot by conspiracy theorists,” so that “we would have serious political problems if we tried to impose the vaccine.”

Alexandre’s elitist trans-humanism was nailed by a recent French documentary produced by journalist Pierre Barnérias, Hold-Up, which has garnered “millions of views” as Alexandre has himself admitted, offering a platform to a number of outstanding professionals who believe the COVID-19 crisis is being used against freedoms and the good of the people.