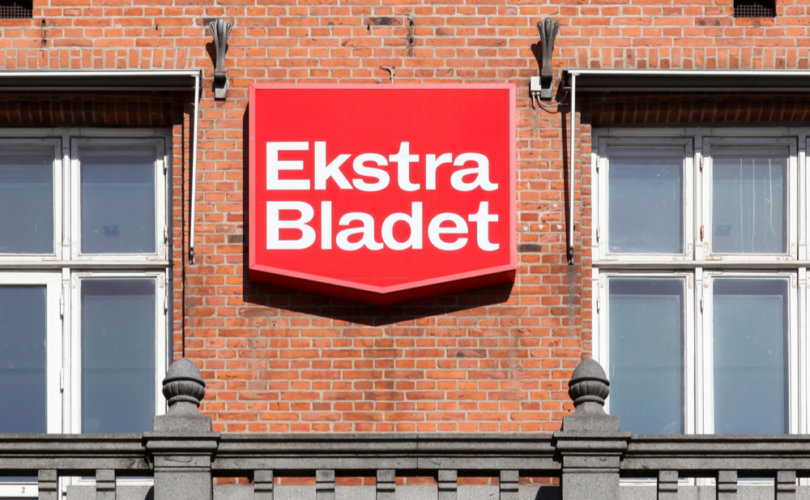 (LifeSiteNews) — One of the largest news outlets in Denmark apologized to its readers for “hypnotically” trusting the government’s COVID narrative for the past two years.

In a shocking admission of failure to uphold the standards journalistic integrity, Denmark’s Ekstra Bladet newspaper ran a story titled “We failed” on Tuesday, admitting that the paper was hoodwinked by the mainstream COVID narrative and complicit in misleading the public and fostering undue fear.

“For ALMOST two years, we — the press and the population — have been almost hypnotically preoccupied with the authorities’ daily coronavirus figures,” read the article’s introduction. “WE HAVE NOT been vigilant enough at the garden gate when the authorities were required to answer what it actually meant that people are hospitalized with corona and not because of corona. Because it makes a difference. A big difference.”

Not leaving their culpability in furthering the COVID hysteria there, the paper divulged that it wrongly believed and pushed many of the “lies” of politicians, and erroneously continued to promulgate the idea that vaccination is the only surefire tool that can be used to put an end to the pandemic.

“The vaccines are consistently referred to as our ‘superweapon.’ And our hospitals are called ‘superhospitals.’ Nevertheless, these super-hospitals are apparently maximally pressured, even though almost the entire population is armed with a super-weapon. Even children have been vaccinated on a huge scale, which has not been done in our neighboring countries,” wrote the outlet.

As reported by Summit News’ Paul Joseph Watson, Ekstra Bladet is actually the second major European media outlet to admit to failures regarding objectivity and a lack of skepticism the mainstream government narrative on COVID is due.

In August 2021, the now-fired editor-in-chief of Germany’s top paper, Bild, referred to the fear-mongering done by his outlet as “poison,” while apologizing to the public if his paper’s coverage of the overblown COVID crisis “made you feel like you were a mortal danger to society.”

Many took to social media to express their pleasant surprise with the outlet’s courage to take ownership of their mistake. Former New York Times writer Barri Weiss posted “Whoa” in response to the news.

The media’s push to vaccinate the majority of the world’s population in order to prevent serious disease for those who are not at risk to begin with — the CDC reports an infection survival rate of greater than 99.95% for those under age 50 — adds to the skepticism surrounding the credibility of long-standing media institutions around the world.

Notably, in America, both left-wing and right-wing establishment news networks have watched their ratings plummet during the pandemic, with CNN’s primetime dropping by 68%, Fox’s falling by 50%, and MSNBC’s slipping 48%, since the beginning of 2021.

As a result, independent or non-traditional outlets have grown exponentially in their influence, with singular figures like podcast host and comedian Joe Rogan having higher viewership than entire news networks, despite manipulation from big tech.

“What we’re experiencing is a coordinated media warfare the likes of which we have never seen before,” virologist and mRNA vaccine pioneer Dr. Robert Malone told Rogan in a podcast last month, addressing the issue of media manipulation while adding that it’s not exclusively Big Tech corporations that are responsible for chilling free speech about COVID-19.

“It’s the horizontal integration across all major industries now under the control of common funds,” Malone said. “The harmonization of the tech censorship, the interests of ‘Pharma,’ ‘Big Media,’ etc., and governments.”