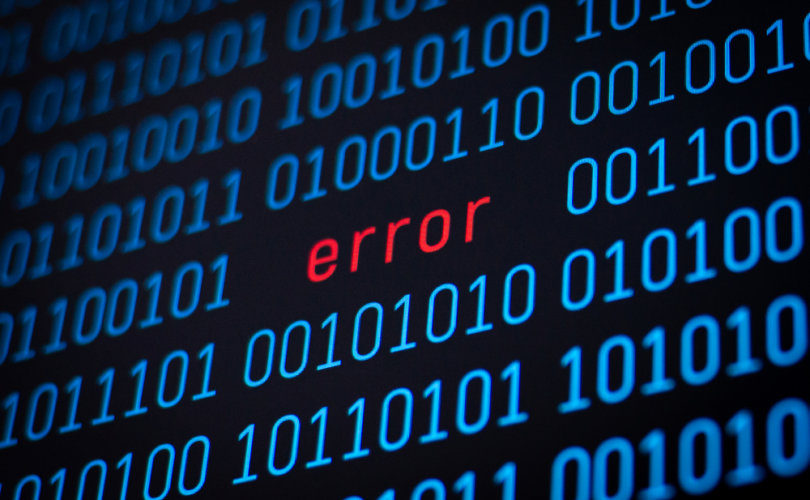 SOMERVILLE, New Jersey, November 4, 2020 (LifeSiteNews) – Due to an apparent data error supplied by a private firm serving news outlets for the U.S. election, the percentage of votes counted in Arizona was misrepresented as 98% when in fact around 16% of the votes still had to be counted.

Edison Research was identified as the source of the error by New York Times editor Patrick LaForge. The Somerville, NJ, firm is used by the “National Election Pool” of TV outlets including NBC, CNN, CBS and ABC, according to the New York Post.

LifeSiteNews contacted Edison for comment on the error but did not receive a response by the time of publication.

Both the Associated Press and Fox News named Democratic nominee Joe Biden the winner of Arizona, but Bill Stepien from the Trump campaign maintained that with the significant amount of votes still to be counted, and their internal polling, they expect “a margin of around 30,000 in the president’s favor.”

In Wisconsin, a sudden surge of ballots in favor of the former vice president appear to have arrived all at once in the middle of the night, as reported by one internet observer below.

Other questions for Wisconsin, include its extremely high voter turnout percentage, as compared to registered voters on November 1, 2020.

A quick search of record totals from other states shows that, for example, Alabama hit a “record 62 percent voter turnout” yesterday, while Hawaii rang the bell at 69%. And though their previous high was around 60% in 2016, Rhode Island stated late in the day on Tuesday, that they may reach as high as 72%. Finally, Tennessee recorded a high as well at a 68.6% turnout.

Based on voter registrations on November 1, 2020, Wisconsin would have accomplished a voter turnout record of 88%, a full 19 percentage points higher than Hawaii at 69%. As of the first day of this month, the Dairy State reports 3,684,736 registered voters with 3,240,287 votes cast.

Another factor that may mitigate this percentage is the fact that Wisconsin accepts election day voter registration, but this is also the case for Hawaii.