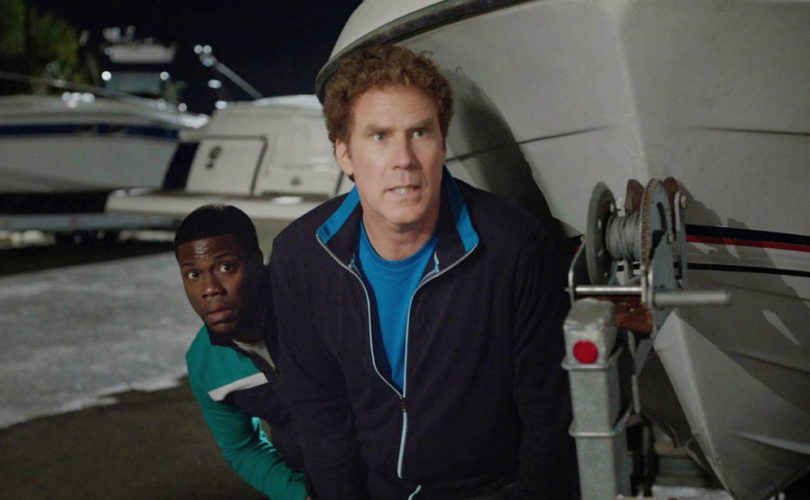 April 16, 2015 (LifeSiteNews.com) — A gay advocacy group has released a report showing that the number of Hollywood films featuring homosexual behavior has risen to an all-time high, with nearly 16 percent of films released in 2014 featuring at least one homosexual, lesbian, or bisexual character.  But the activists said they still aren’t satisfied, citing a lack of leading roles for homosexuals, insufficient racial diversity among gay characters, and occasionally less-than-positive portrayals of the homosexual lifestyle by some filmmakers.

To produce its 2015 “Studio Responsibility Index,” homosexual advocacy group GLAAD analyzed the film releases of seven major film studios and their affiliates and found that out of 161 movies released in 2014, 25 featured characters with non-traditional sexual preferences such as homosexuality or bisexuality – a total of 15.5 percent.  The major film studios were more likely to feature gay characters – nearly 18 percent of their films did so, compared to just 11 percent of those released by their smaller, “indie”-style affiliates.

Considering a recent Gallup poll found that only 3.4 percent of the U.S. population identifies as homosexual, lesbian, bisexual or transgender, the number of films featuring homosexual characters would seem to be inordinately large.

But GLAAD strongly disagrees. According to the organization’s CEO, Sarah Kate Ellis, Hollywood isn’t doing enough to promote acceptance of alternative sexualities at the movie theater.  She’d rather see film studios follow the model of network and cable television and streaming video services, which have become notorious for pushing the envelope with graphic depictions of all kinds of sex acts, whether between heterosexual or same-sex couples.

“As television and streaming services continue to produce a remarkable breadth of diverse LGBT representations, we still struggle to find depictions anywhere near as authentic or meaningful in mainstream Hollywood film,” Ellis said in a statement. “The industry continues to look increasingly out of touch by comparison, and still doesn’t represent the full diversity of the American cultural fabric.”

Ellis complained that the majority of gays featured in films were white and male, and said she would like to see more lesbian, bisexual and transgender characters alongside gays of all races.  She also lamented the lack of gay characters in leading film roles, especially in blockbuster action and science fiction offerings, and expressed disappointment that the homosexual references in children’s films like “How to Train Your Dragon 2” and “Night at the Museum: Secret of the Tomb” were too subtle to be obvious to most young viewers.

Overall, GLAAD ranked the studios badly when it comes to promoting homosexual acceptance.  No studios received the organization’s top rating of “excellent,” and only one studio received a “good” rating.  That was Warner Bros., which GLAAD praised for its release of “Tammy,” a comedy about a troubled family in which a pair of “married” lesbians are portrayed as the only emotionally stable people in the film.  But GLAAD simultaneously criticized the studio for its release of “Get Hard,” a raunchy Will Ferrell/Kevin Hart project in which Ferrell’s character enlists the help of Hart in order to avoid prison rape. Variety magazine suggested in one review of the film that Ferrell’s character’s obvious discomfort with the idea of participating in sex acts with another man “will feel homophobic to some viewers.”

“[Warner Bros.’] glaring lack of consistency seems to be common amongst almost every major film studio,” Ellis said, and called for “greater oversight” in how films represent homosexuals.

Ellis urged all seven studios to continue increasing the number and profile of positive portrayals of homosexuals at American cinemas in order to change the “hearts and minds” of those who still oppose homosexual behavior.

“Only when they make those changes and catch up to other, more consistently inclusive media portrayals will we be able to say that America’s film industry is a full partner in accelerating acceptance,” Ellis said.

“Studies have repeatedly shown that in absence of someone knowing an LGBT person in real life, programs and films with LGBT characters can help foster understanding and acceptance,” Ellis continued. “[D]espite all the legislative and policy victories the LGBT community has experienced in recent years, there are still many parts of this country and others where we are not accepted.  The struggle must extend from the ballot box, the legislative chamber, and the courtroom directly to the hearts and minds of those who still harbor anti-LGBT prejudice.”

“It’s precisely those hearts and minds that popular media like film has a unique power to touch,” Ellis said.