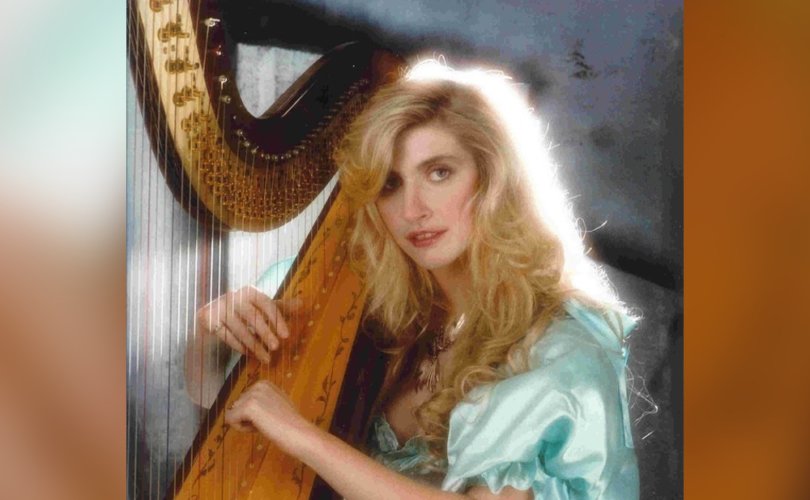 February 8, 2018 (LifeSiteNews) – The daughter of famed science fiction author Marion Zimmer Bradley has written an autobiographical account revealing the horrors of growing up in a home raised by LGBT parents who repeatedly sexually abused her and her brothers.

“The underlying problem is a philosophical one that is based on beliefs that are not only common to gay culture but to popular culture. And this is the central belief: All Sex is Always Right No Matter What,” she wrote.

“I had both biological parents in the home, but both refused to act like traditional parents,” writes Greyland. “I needed my father to protect me and to see me as a girl instead of refusing to protect me and seeing me as an amorphous nothing who competed with him for boys. I needed my mother to love me and hold me and comfort me instead of being a terrifying, angry dictator. Worse than that, I was expected to not want them to love me and protect me, or to act like normal parents. I was supposed to be happy that they were doing their own thing, no matter what they did to us.”

The Last Closet has been an Amazon bestseller for weeks as a Kindle e-book, and is scheduled to be published as a print book this month. Over one hundred readers have reviewed it, and virtually all have given it five stars.

The book recounts Greyland’s life with her mother, who was the author of The Mists of Avalon and many other famous works of science fiction and fantasy, and her father, Walter Breen, who was a world-renowned authority on numismatics. Both identified as “gay,” both abused drugs and were involved in occult practices, and both were pedophiles, Greyland says, a claim that has been confirmed by her only surviving brother.

The couple’s LGBT ideology was constantly imposed on the children by both parents. Greyland says that Zimmer Bradley expected her to take on masculine mannerisms and to become a lesbian, and was disappointed in her attraction to the opposite sex, accusing her of being a “breeder.” Greyland also had to hide from her parents her conversion to Christianity which would have been received with terrible derision.

Alarmingly, Greyland reveals that her parents’ sympathetic views of pedophilia and pederasty had been a public fact for decades, one known particularly among science fiction and fantasy fans who attended fan conferences. Science fiction fans documented Breen's molestation of at least ten children by 1963, which had only resulted in his temporary exclusion from the largest science fiction fan convention, Worldcon, and was never reported to the police. Breen continued to attend conferences for many years afterward, baiting children he targeted with abuse with various science education gadgets that would attract their attention.

Greyland writes that Breen was an open member of the “North American Man-Boy Love Association,” and he saw his pederastic proclivities as a natural consequence of his homosexuality. He and Zimmer Bradley jointly published a journal on pederasty and pedophilia, The International Journal of Greek Love, in 1965 and 1966, and Zimmer wrote an article for it treating lesbian pedophilia in a positive manner.

As awareness grew of Breen’s molestation of children among Berkeley science fiction fans in 1963, a newsletter was published about the problem that came to be called the “Breendoggle,” which openly speculated that Zimmer Bradley was tolerant of Breen’s behavior. However, the truth about Zimmer Bradley’s own sexual abuse of her daughter did not come to light until 2014, when Greyland was asked about her parents’ connection to pedophilia by the blogger and science fiction writer Deirdre Saoirse Moen.

Greyland’s response, published in Moen’s blog, received heavy coverage by major media outlets worldwide, including The Washington Post, The Guardian, Die Welt, and Entertainment Weekly. Many fans and former acquaintances of Zimmer Bradley denounced her, and some even burned her books.

“The first time she molested me, I was three. The last time, I was twelve, and able to walk away,” wrote Moira Greyland of her mother.

“I put Walter in jail for molesting one boy. I had tried to intervene when I was 13 by telling Mother and [Zimmer Bradley’s girlfriend] Lisa, and they just moved him into his own apartment.”

The family’s secrets began to unravel in the late 1980s, when Moira, now an adult, personally saw her father sexually abusing a boy and reported him to the police. Her testimony ensured a second conviction after an earlier arrest and conviction in the 1950s. Soon after, police uncovered the previous conviction as well as other accusations of sexual molestation, and prosecutors were able to send Walter Breen to prison for the rest of his life. Breen never repented of his acts, and always defended them, treating himself as a victim of an ignorant and backward society. He died of cancer while in jail awaiting transfer to long-term imprisonment.

Zimmer Bradley and her lesbian partner Elisabeth Walters went on the record in ensuing civil litigation admitting to knowing about Breen’s proclivities, and ultimately agreed to pay a civil settlement to Breen’s victims. However, their fans remained generally unaware of Zimmer Bradley’s own acts of sexual abuse until Moira and her brother Patrick began to speak publicly about it in 2014.

The trauma suffered by Moira and Patrick was so great that both of them chose a new last name, “Greyland,” to repudiate their parents’ last names. The abuse was not only sexual, but also physical and psychological, and was so savage that both siblings continue to suffer from powerful symptoms of post-traumatic stress disorder.

Greyland says she has spoken to many others who were raised by LGBT parents and their stories are very similar to her own.

“Every single child of gay parents with whom I spoke had certain things in common,” she writes in The Last Closet. “Those with only same-sex parents in the home ached for their missing parent and longed for a real father, and nearly all of us had been sexualized far too young.”

Click here to purchase The Last Closet: The Dark Side of Avalon