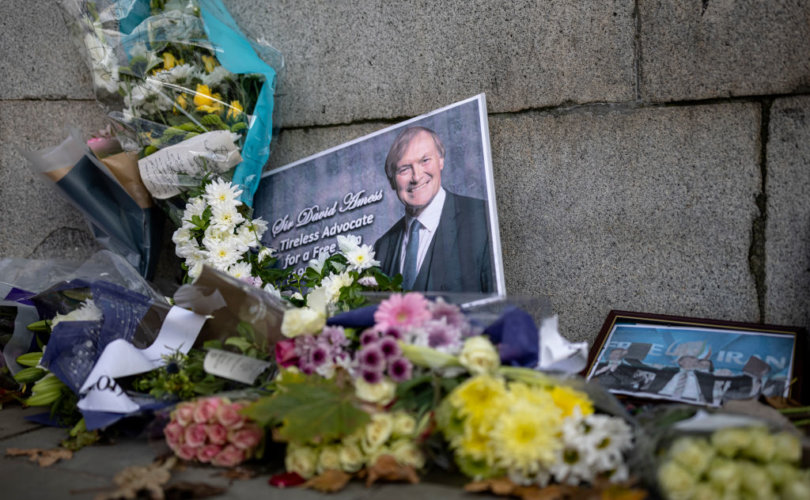 LONDON (LifeSiteNews) – The alleged murderer of former British Conservative Member of Parliament Sir David Amess told a court Thursday that he has no regrets over the killing and wishes that he had also killed Secretary of State Michael Gove.

Appearing at London’s Old Bailey, 26-year-old suspected murderer Ali Harbi Ali, a British national of Somali origin, said that he was motivated to kill Amess to stop him from “harming Muslims” in Syria, adding that if he thought there was anything wrong with slaying the politician then he “wouldn’t have done it.”

Amess, a pro-life Catholic, was stabbed more than 20 times as he hosted a meeting with constituents in Leigh-on-Sea, Essex, on October 15, 2021, dying at the scene hours later.

“I decided to do it because I felt that if I could kill someone who made decisions to kill Muslims, it could prevent further harm to those Muslims,” Ali told the court, referring to Amess’ voting record on British foreign policy, including air strikes on the Middle Eastern state.

“I decided if I couldn’t make hijrah,” to travel to join Islamic terrorist group ISIS, “I would do something here,” the accused said, adding, “I don’t have any shame.”

“He can’t vote again,” Ali said of Amess as a justification for his alleged actions, adding his hopes that the murder would “perhaps send a message to his colleagues.”

Asked whether he regretted his actions, Ali said “no.”

To “encourage someone to an act of jihad” is “a good thing,” he said.

Ali denied accusations of terrorism and radicalism, claiming that if he is considered a terrorist, then so too should “the British politicians who bombed Syria” while stating that he is “a moderate Muslim.”

Questioned on the apparent conspiracy, Ali admitted to having plans “to attack and hopefully kill Michael Gove at the time,” believing the Conservative minister to be “someone who was a harm to Muslims.”

Ali said the attack on Amess for which he is being tried was “for Islam” and that even if ISIS did not exist, he “would have done the same thing.” He does not consider Amess’ killing “unlawful,” the court heard.