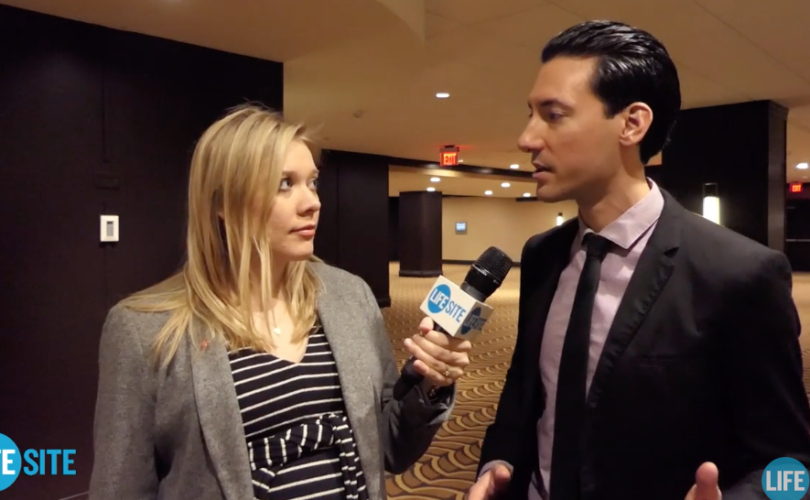 January 18, 2019 (LifeSiteNews) – The United States Supreme Court will examine one aspect of Planned Parenthood’s ongoing scandal over the harvesting and sale of aborted baby parts, the leader of the group who first exposed the scandal detailed in an exclusive interview with LifeSiteNews.

In November, the Center for Medical Progress (CMP) filed a petition with the Supreme Court requesting that it dismiss Planned Parenthood’s lawsuit against CMP for recording the undercover videos in the first place. CMP argues that the suit ignores California’s Anti-SLAPP (Strategic Lawsuits Against Public Participation) laws that protect journalists from retaliation by public speakers.

Last week, CMP announced on Twitter that the Supreme Court has requested that Planned Parenthood respond to their petition, a development CMP founder David Daleiden elaborated on this week in an exclusive interview with LifeSiteNews’ Claire Chretien at the 2019 March for Life.

“Neither Planned Parenthood nor the National Abortion Federation has met their burden under the California anti-SLAPP law to show that this isn't just an attack on the First Amendment, that this is actually a substantial controversy at issue the Ninth Circuit in San Francisco,” Daleiden explained. “The Ninth Circuit appeals court on this anti-SLAPP issue twisted themselves into knots basically reversing all of their regular precedent on the California anti-SLAPP law in order to let Planned Parenthood's case go forward.”

He said Planned Parenthood was essentially attempting to “sue for defamation without admitting that they’re suing for defamation because, if they admit that then they have to prove whether or not the statements on the videos are true or false,” which would be difficult because “the video camera doesn’t lie.”

He added that the highest court in the nation deciding this was worth its attention “should send chills through the spines of everyone who works on Planned Parenthood's legal team.”

Daleiden also gave LifeSiteNews an update on CMP’s legal battle with the state of California, which was begun by state then Attorney General, now Senator, Kamala Harris. He stressed that prosecuting CMP’s undercover journalism was utterly inconsistent with other journalistic enterprises’ freedom to routinely engage in undercover recording without legal trouble.

“We're going to what's called the preliminary hearing starting on February 19th,” Daleiden explained, during which the Attorney General’s office would have to show “probable cause that these recordings somehow violated the California video recording law. In order to do that they've already said they're going to be calling all of the Planned Parenthood abortion doctors that your viewers and readers are so familiar with now to to the witness stand.”

This will be a positive development for pro-lifers for two reasons, he said: because abortion-industry personnel would be forced to either “admit their criminality under oath” or “commit perjury trying to cover it up,” and because some previously-censored undercover footage will be played for the first time in a forum accessible to the public and to the press.

Daleiden was in Washington, D.C. to speak at the March for Life Conference on the day before the annual march. In those remarks, he said the multiple federal investigations of Planned Parenthood and the Department of Health and Human Services’ reevaluation of fetal-tissue experiments were examples of “how the videos are continuing to have an impact and that impact is devastating to Planned Parenthood’s abortion business and the industry at-large.”