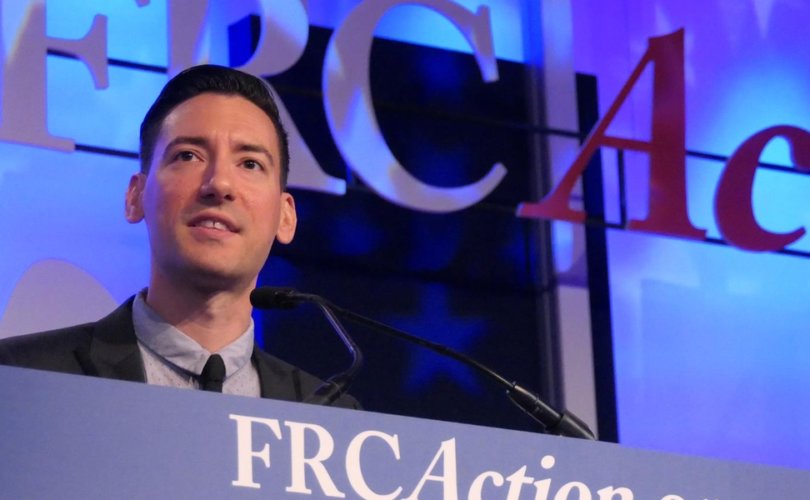 August 23, 2019 (LifeSiteNews) – On Wednesday, David Daleiden’s lawyers filed a motion asking the Superior Court of San Francisco to disqualify the 2016 raid on his home ordered by then-California Attorney General Kamala Harris – and materials seized during it – which if granted would lead to charges in the state’s case against him being dismissed for lack of probable cause.

The political raid and search by Harris, now a U.S. Senator and Democratic presidential contender, on Daleiden’s home to seize unreleased videos on behalf of Planned Parenthood launched the current 15-felony video recording prosecution by the California Attorney General’s office against Daleiden and another undercover investigator from the Center for Medical Progress.

As a political favor to Planned Parenthood, Kamala Harris’ Attorney General’s office blatantly ignored black-letter California law protecting a citizen journalist's unpublished materials and falsely alleged probable cause for a search warrant, over and above the objections of career law enforcement professionals.

If the political search warrant is thrown out, the charges in the case will also have to be dismissed for lack of probable cause.

Key parts of the motion state:

“This is not an honest prosecution but rather a political favor to Planned Parenthood. It appears that the investigative staff had to be coerced into serving a search warrant that they opposed. This is overwhelming evidence of bad faith.” (page 36)

“It is now known that both Doe 9 and Doe 10 admit that their conversations at restaurants could be overheard.” (page 37)

“The Los Angeles Police Department refused to take a report for filing with the District Attorney’s Office because the video was recorded in a public restaurant.” (page 38)

LifeSite readers can follow all the latest developments in this case HERE.