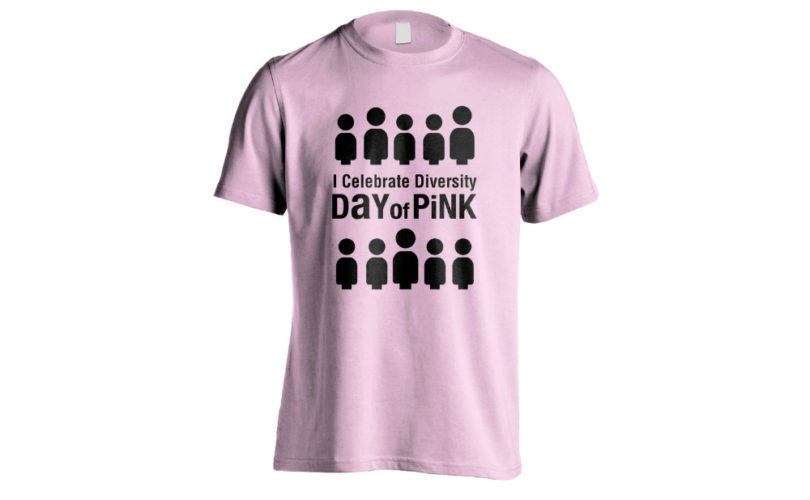 April 7, 2015 (LifeSiteNews.com) — Children across Canada are being asked to wear a pink shirt to school tomorrow on the “Day of Pink” to “celebrate diversity” and end “bullying, discrimination, homophobia, transphobia, and transmisogyny.” While lauding efforts to end bullying in school, one critic is warning parents that the event is not actually about bullying.

“The Day of Pink is simply an excuse to promote homosexuality,” Gwen Landolt, national vice-president of Real Women of Canada, told LifeSiteNews.

School principals in some jurisdictions are telling parents through a letter sent home with their children that the Day of Pink, which happens annually on the second Wednesday in April, will include “discussions surrounding different types of families, identities, gender roles, homophobia and trans-phobia.”

To commemorate the day, classes will “engage in discussion about Day of Pink and what it represents,” one of the letters obtained by LifeSiteNews states. For grades K-3 the day includes “books and activities about different kinds of families, gender roles.” There is no description of the proposed “activities” or “books.” Adding to this list, grade 4-6 students will discuss “healthy relationships, stereotypes, discrimination (including homophobia, sexism).”

Alarmingly, the letter tells parents that conversations may go anywhere, and teachers are allowed to stray outside curriculum expectations.

“At times, conversations may go beyond what is specified in the curriculum when prompted by student questions. We don't prevent such conversations, as some of the best learning comes from these teachable moments,” the letter states.

The letter attempts to assuage concern by assuring parents that “activities and discussions will be age-and-developmentally appropriate and led by professional and caring staff.”

The homosexual activist organization behind the event, Jer’s Vision, suggests that kids should organize a “diversity themed movie night” to prepare themselves for the day. Titles suggested include:

The Day of Pink traces its origins to a 2007 incident when two Nova Scotia high school students rallied everyone in their school to wear pink to stand in solidarity with an openly ‘gay’ student who was bullied for wearing a pink shirt.

Landolt called the day’s events “propaganda,” saying it was “one more way to indoctrinate — take advantage of — vulnerable children.” She said parents should be “deeply offended” that schools are forming the values of their children according to the “biases and prejudices” of homosexual activists.

The American College of Pediatricians, a medical group represented across 47 states, warned parents in 2008 of the dangers children face when homosexuality is promoted in schools. The group stated that the “homosexual lifestyle carries grave health risks” and that it is “premature and may be harmful” to validate a student’s same-sex attraction during the adolescent years.

A group of concerned parents have crafted an opt out letter for parents who do not want their children to be part of the Day of Pink.

“I do not consent that my child be exposed to anything that is contrary to our beliefs – we believe in sexual abstinence before marriage, as it is the ultimate prevention of STI’s and birth control. Furthermore, the sexuality of our children is a private family matter that we do not consent school staff to investigate or explore outside our home,” the letter states.

LifeSiteNews reached out to a couple of principals for comment, but did not receive a response by press time.

One parent, who spoke to LifeSiteNews under condition of anonymity, said the Day of Pink letter basically labels parents as “homophobic” and “transphobic” if they refuse to allow their children to participate in the Day of Pink because they don’t want their children supporting homosexual beliefs and lifestyle.

“As a culturally sensitive family, we do not impose our beliefs and lifestyles upon others, and should not expect others to impose, let alone promote, their lifestyles upon our children and us,” the parent said.

“Nothing says ‘celebrate diversity’ like forcing everyone to dress exactly the same,” he wrote in a National Post piece a few years ago.

Landolt agrees with Steyn, adding that schools are forcing children to conform to a sexual agenda that she called “disturbing.”

“It’s totally propaganda, and not telling the truth to children,” she said. “It’s not diversity they’re promoting, but only homosexuality.”