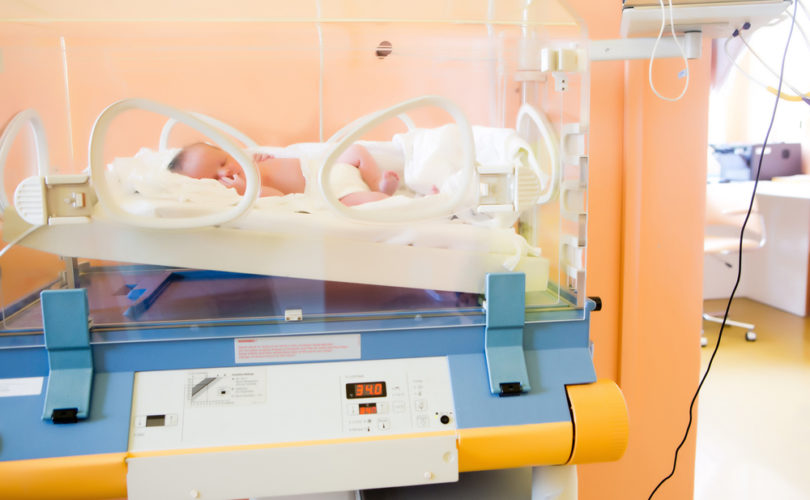 A baby receives treatment in the NICU.Shutterstock.com

LISBON, Portugal, June 22, 2015 (LifeSiteNews)— A procedure used in many abortions and to remove fetal remains after a miscarriage has been connected to subsequent increases in premature births by a new metastudy.

The metastudy combined the results of 22 direct studies of nearly 2 million women who had Dilation and curettage, known conventionally as “D&C.” It found women who had D&C were 69 percent more likely to have a very premature birth (one at earlier than 32 weeks gestation) and 29 percent more likely to have a premature birth between 32 and 37 weeks.

According to the World Health Organization, about 15 million babies are born before 37 weeks of gestation and complications arising from premature birth kill 1 million children a year worldwide. That makes it the leading cause of death for children under the age of five.

Dr. Pim Ankum, the study's lead author, released a statement offering several potential causal links: the forced, instantaneous dilation of the cervix during D&C may permanently injure the cervix; the operation may cause a persisting infection that subsequently triggers premature birth; or post-D&C procedures such as a biopsy may cause tissue injury.

The European research team does not claim that they have proven the D&C procedure causes women to have more premature births. But several gynecological experts have responded already by recommending doctors resort to other less invasive methods—or simply letting the mother’s body expel the remains naturally.

Half of miscarriages in some countries are dealt with by D&C.

Ankum told Medpage that obstetricians and gynecologists, who play a crucial role in the decisions women make around birth, ought to be especially cautious in recommending D&C.

“Clinicians should be much more aware than they are by now, that curettage probably is an important risk factor for premature birth.” Ankum’s study was delivered last week to European Society of Human Reproduction and Embryology meeting in Lisbon, Portugal.

A member of the board of the International Federation of Fertility Societies, Dr. David Adamson, said the study findings “that D&C should still be considered an appropriate intervention in carefully selected patients, but that its use should be minimized.”

In no statement, from Ankum or other commentators, was there any suggestion that abortionists should restrict their reliance on D&C.