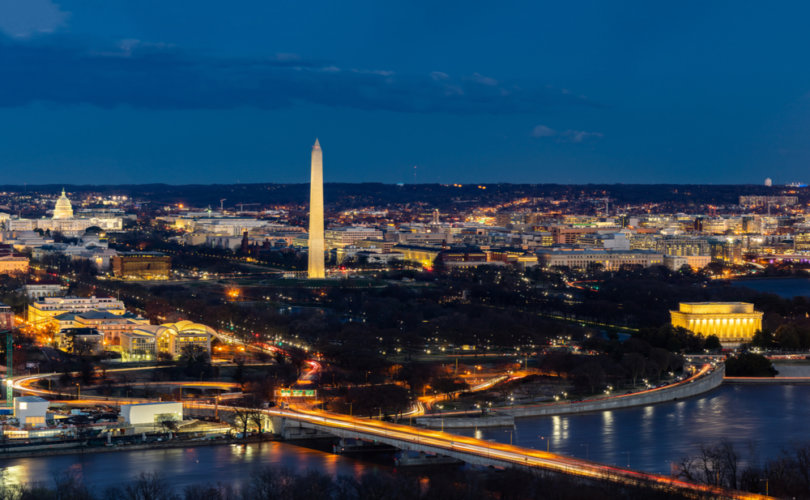 The stringent new measures announced by the D.C. Department of Health are set to take effect just a few days before the 2022 National March for Life on January 21, and the Defeat the Mandates March in D.C. on January 23.

While the regulations will not prevent those who have chosen not receive the not-fully-tested, abortion-tainted jab to participate in either of the marches, they will not be able to dine in D.C. restaurants or easily shelter from what is often freezing, inclement January weather in the nation’s capital.

The regulations will require proof of vaccination for entry into the many indoor events surrounding the March for Life, including the EXPO which allows attendees to connect with the many pro-life organizations and ministries from across the country, the annual Rose Dinner, and the many talks, panel discussions, and presentations normally offered to educate and encourage those fighting on behalf of life and human dignity.

The March for Life typically attracts hundreds of thousands of Catholic and Christian youth who come by the busload to express their support for the right to life for the most vulnerable, but they are not immune from the proof of vaccine requirements which will apply to children age 12 and up.

The timing of the new measures, which may limit attendance at the March for Life and the Defeat the Mandates March is likely no coincidence and is reminiscent of the extreme measures by Democrats last year who walled off the National Mall, the U.S. Capitol and Congressional office buildings, the White House, and the Supreme Court immediately after January 6.

At that time the message was delivered by barricades and tall metal fencing topped with razor wire, flanked by thousands of armed military and police to deliver the message.

Whether the timing of the regulations is a coincidence or not, the message is the same: Religious and/or patriotic conservatives are not welcome in the Nation’s Capital, and are being systematically erased from the public square.

Because of COVID and in the wake of the January 6 Capitol riot, the 2021 March for Life was canceled and replaced with a virtual event. In 2020, President Donald J. Trump was the first U.S. president in history to attend the March for Life pre-march rally on the National Mall.

Because President Joe Biden is pro-abortion, it is unlikely he will attend next month’s March for Life.