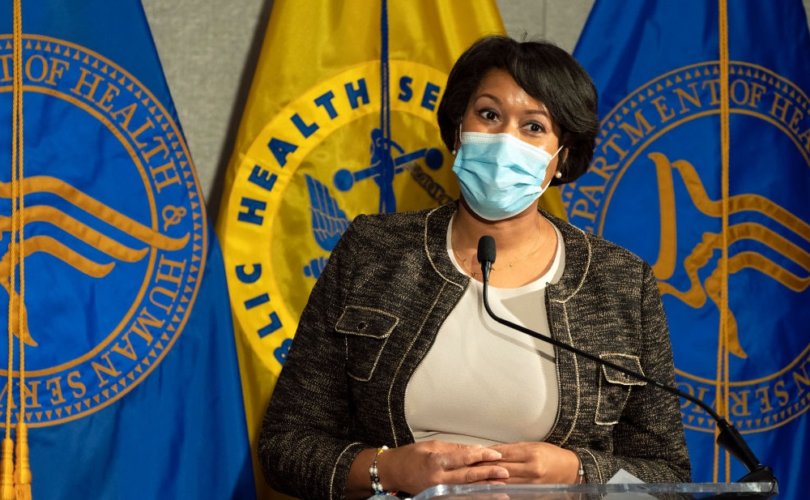 WASHINGTON, D.C. (LifeSiteNews) – A District of Columbia bar is reopening after being shut down by local officials for refusing to follow the city’s since-rescinded COVID-19 vaccine mandate for private businesses.

On January 28, the D.C. Alcoholic Beverage Regulation Administration suspended the liquor license of the Big Board, one of the only local businesses to defy Democrat Mayor Muriel Bowser’s January 15 mandate that gyms, restaurants, bars, and entertainment venues check the vaccination status of any patrons age 12 or older. The move sparked outrage among many, including Republican Sen. Rand Paul of Kentucky.

On February 14, Bowser announced that the business mandate would end the next day (though a vaccine mandate would remain in place for healthcare workers and local government employees), a reversal that came amid some Democrats beginning to heed advice that COVID mandates are political liabilities going into this fall’s midterm elections. The bar won back its liquor license the following month, and has since announced that its doors are open once again.

“Thanks to everyone who has supported over the last few months and all the years and with eternal gratitude to the buckeye institute for representing us!” the business posted on Facebook April 1. “We are happy to announce The Big board is re-opening today at 5pm. Everyone is welcome!”

The six-week forced closure did real harm to owner Eric Flannery and his employees, however.

Buckeye Institute president Robert Alt, whose organization represented Flannery in his fight to restore his liquor license, told The Daily Signal that Flannery “had already lost his life savings because of the burdens put in place by previous regulations and general issues arising from the pandemic. And then to have his local bar closed for six weeks because he had the audacity to say that everyone was welcome in the face of the vaccine requirement, it really adds insult to injury.”

Fortunately, many stepped up to help. A GoFundMe drive organized by the Daily Caller’s Henry Rodgers raised more than $34,000 for the Big Board.

Abundant evidence about the shots’ safety and effectiveness supports Americans’ hesitancy. Studies have found that vaccine-induced COVID protection wanes around six months (or potentially sooner); by contrast, the conservative Brownstone Institute has compiled 150 research studies finding that natural immunity “is equal to or more robust and superior to existing vaccine.”

Accordingly, data indicates that a strategy focused on mass vaccinations and increasingly frequent boosters has failed to end the pandemic in exchange for these risks. The U.S. federal government considers more than 218 million Americans (over 65% of the eligible) to be “fully vaccinated” (a moving target given the vaccines’ temporary nature), yet data from Johns Hopkins University reported last October shows that more Americans died of COVID-19 by that point in 2021 (353,000) than in all of 2020 (352,000). The Moderna vaccine has been available throughout all of 2021; the Pfizer and Johnson & Johnson shots were made available in late February.

Additionally, many continue to suspect that the vaccines, which were developed under the Trump administration’s “Operation Warp Speed” initiative in a tenth of the time vaccine development usually takes and a quarter of the time it took the previous record-holder (the mumps vaccine), are the product of a rushed process that did not adequately weed out potential hazards.