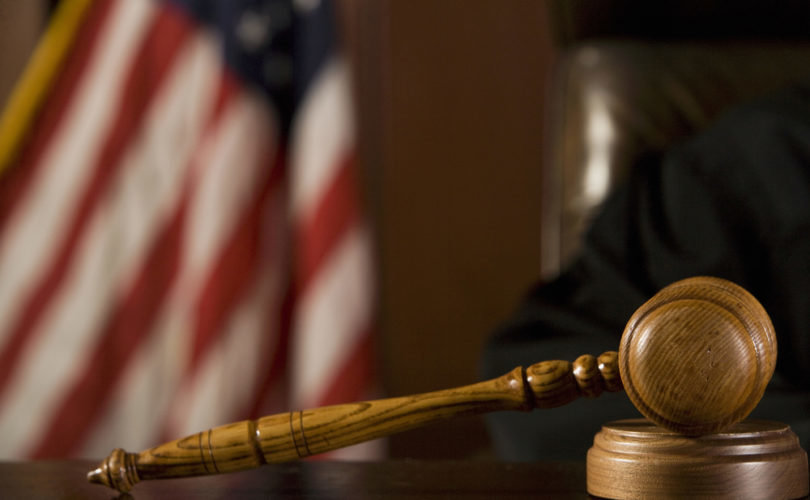 At issue are guidelines the Department of Health and Human Services (HHS) released in February overhauling the review process for family planning grants. The new rules prioritize abstinence, ease of primary care access, family participation, and cooperation with faith-based groups. It’s expected to affect up to $260 million in federal tax dollars, with Planned Parenthood among those hardest hit as it handles more than 40 percent of patients receiving Title X care.

Three Planned Parenthood affiliates and the National Family Planning & Reproductive Health Association (NFPRHA) sued the administration in May over the move, but D.C. District Court Judge Trevor McFadden rebuked them on the grounds that the requirements couldn’t yet be reviewed as they weren’t final agency action, though McFadden also opined that on the merits the change seemed consistent with the program’s purpose.

The D.C. appeals court heard arguments in the case Wednesday, Courthouse News reports, focusing again on how the plaintiffs brought the case – arguing against the process by which the administration changed the regulations – rather than the policy itself.

Paul Wolfson, the attorney representing the abortion groups, said they didn’t want to directly challenge the grants so as not to prevent other funds from going where they were needed, and that “this has to be the time when the challenge can be made” in order to preserve a path into the courtroom.

Judge Sri Srinivasan expressed sympathy to the abortion groups, questioning whether “two to three weeks is enough to overcome an evading review point,” but his colleagues were more skeptical.

“I don’t see how you’re getting past mootness by saying we don’t want to do it that way,” Judge David Sentelle said in response to Wolfson’s admission that the groups did not take the opportunity to seek a preliminary injunction against the new rules.

Judge Gregory Katsas agreed with Justice Department attorney Jaynie Lilley’s argument that the groups were challenging a statement about funding priorities that can change every year, not a final agency action, and cited precedent stating that the impracticality of challenging final regulations is an insufficient basis for challenging decisions before they’re finalized.

Last year, HHS recommended abandoning an Obama-era contraception-based teen pregnancy prevention program on the grounds that the results appeared to increase teen pregnancy. In January, the Centers for Disease Control (CDC) released a study finding downward trends in teen sexual activity from 2005 to 2015. It didn’t declare a direct link to abstinence education funding, but pro-family advocates say that message is clear when combined with other studies.

The administration has also worked more directly to reduce Planned Parenthood’s federal funding, such as restoring and expanding the ban on foreign aid to abortion-involved groups, excluding groups that commit or refer abortions from Title X, overturning an Obama regulation that barred states from defunding Planned Parenthood, and issuing rules against forcing Americans to subsidize abortion in government-mandated health insurance plans.