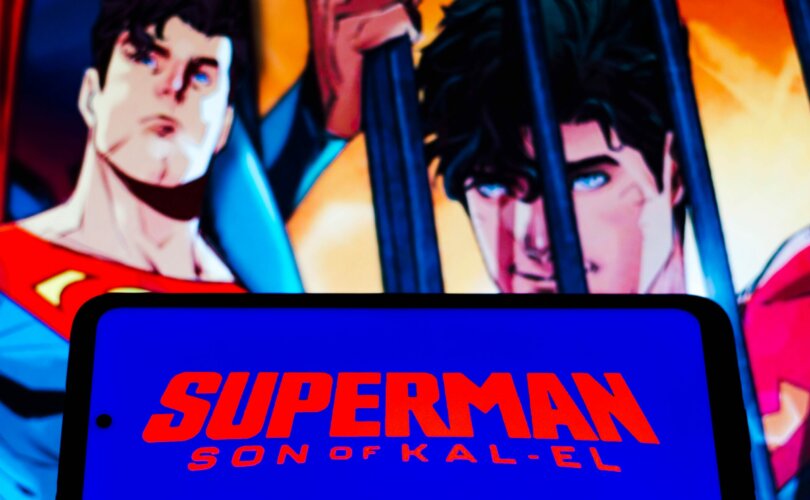 NEW YORK (LifeSiteNews) — DC Comics, the publisher of the Batman and Superman comics, announced last week that it would be cancelling a Superman comic that depicted fictional hero Superman as a “bisexual” with a gay lover due to poor sales reports.

The series, titled Superman: Son of Kal-El, centered around 17-year-old Jonathan Kent – son of DC comic characters Clark Kent and Lois Lane – and showed him embracing several left-wing causes during its 6-issue run, including climate activism, fighting for refugees, and wearing a mask to stop the spread of COVID-19.

The fifth issue of the series featured Kent coming out as a “bisexual” and starting a relationship with his friend Jay Nakamura – the issue featured a picture of the two male characters kissing.

The company first announced the cancellation of the series at the New York Comic-Con event on October 8, after a history of dismal sales figures.

Speaking to the New York Times about the prospect of a gay Superman, the author of the series, Tom Taylor, said: “The idea of replacing Clark Kent with another straight white savior felt like a missed opportunity.”

1 year ago, I stood on principle and left @DCComics for their 🇺🇸 hating book by SJW narcissist Tom Taylor.

The cancellation of Son of Kal-El comes shortly after a new Scooby-Doo Halloween special depicted character Velma Dinkley as a lesbian, drawing criticism from fans.

It also follows last month’s depiction of a same-sex couple having children on Peppa Pig, a British children’s television program.

Due to the financial failure and public backlash that often follows a company’s decision to amend well-known characters to fit the modern LGBT agenda, the term “Get woke, go broke” has began to gain popularity, alluding to the notion that the artificial addition of left-wing politics into media is unpopular with consumers.