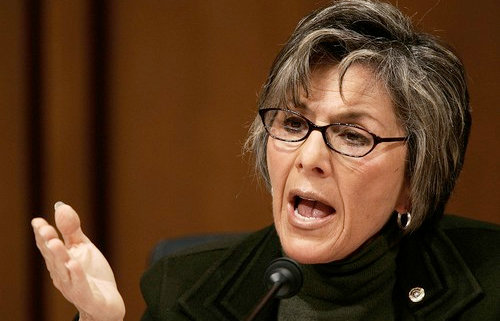 “Enough is enough,” read the letter, according to The Guardian. “No women in this country should ever have to worry that a visit to her doctor will end in violence, and no healthcare provider should ever be targeted for ensuring access to health care services. Rather than demonizing a leading provider of vital health services for women, Congress should be taking affirmative steps to support women and their families.”

Other Democrats likewise tied the shooting to pro-life efforts. “We in the Senate should not fail to see the context in which this vile assault took place,” said Senate Minority Leader Harry Reid of Nevada. “Whipping people into a frenzy of hate and anger while providing them with easy access to firearms has proved disastrous in this country.”

“I think what we've seen, as a result of all the hyped up rhetoric you're getting from the Republican side of the presidential race, is an increase in harassment of the clinics, what you're seeing is an increase in arson – all those facts are out there,” California Senator Barbara Boxer told reporters.

At least two Democrats referenced Dear in comments on the Senate floor on Wednesday. Connecticut Senator Richard Blumenthal and Oregon's Ron Wyden tied the shooting to a debate over Planned Parenthood funding, with Wyden calling the GOP attempt to defund “legislative malpractice” in light of the shooting.

An anonymous source has said Dear told police “no more baby parts” after he was arrested. However, the source also said Dear had rambled incoherently about other things, and that the attack may have not been related to pro-life activities.

Democrats have called on Ryan to drop the investigations since shortly after he was elected speaker in late October. He has so far resisted those calls.