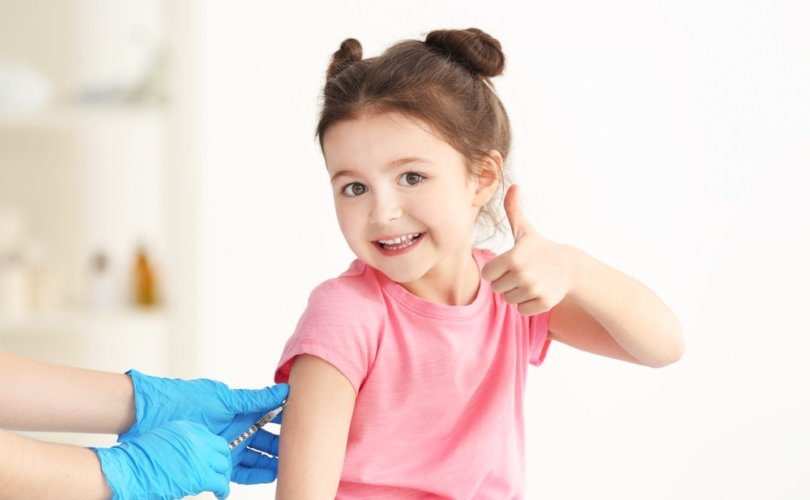 WASHINGTON, D.C., December 22, 2020 (LifeSiteNews) — Last month, the District of Columbia passed B23-017, a bill that allows children to be vaccinated without the knowledge or consent of their parents.

The “Minor Consent for Vaccinations Amendment Act” permits a child aged 11 years or older “to consent to receive a vaccine where the vaccination is recommended by the United States Advisory Committee on Immunization Practices. It also establishes that if a minor is able to comprehend the need for, the nature of, and any significant risks inherent in the medical care then informed consent is established.”

The bill not only permits children of this age to provide consent to doctors and other vaccine administrators without a parent’s knowledge or consent, but also requires insurance companies, school administrators, and medical personnel to conceal from parents that their child has been vaccinated.

The legislation mandates (in lines 37–38) that “[p]roviders who administer immunizations under the authority of this subsection shall seek reimbursement, without parental consent, directly from the insurer” rather than involving a parent in this process.

Secondly, it mandates that insurance companies are not to notify parents of such payouts in the standard way. “Insurers shall not send an Explanation of Benefits (EOB) [to the child’s parents] for services provided,” the bill states (line 40).

Finally, B23-017 requires a health care provider to leave part of the immunization record “blank” in order to conceal from parents that their own child has been vaccinated (lines 48–52). In addition to this being a violation of fundamental and natural parental rights, critics say it may also lead to situations where children could be double-vaccinated. Following such a “confidential” vaccination of the child in school, a parent may take him to the doctor at a later occasion, where he may be vaccinated again.

More fundamentally, if this bill becomes law, The Vaccine Reaction (V.R.) warns, “it is clear that minor children will be at risk of being pressured and coerced into getting a COVID-19 vaccine behind their parents’ back.”

V.R. also demonstrates how B23-0171 violates the National Childhood Vaccine Injury Act of 1986 (NCVIA), which requires health care providers to supply parents or guardians with vaccine information from the CDC prior to administering the vaccine to their minor child.

The CDC itself affirms this to be a legal requirement on its website. According to an “FAQ” question, “Is there a requirement to verify that parents/legal representatives have actually received and reviewed the VIS (Vaccine information Statement)?,” the answer is “Yes.”

Obviously, V.R. argues, children are “far less likely than an adult parent to understand personal and family medical history, including vaccine reactions,” nor do they “have the same kind of critical thinking skills or emotional maturity required to make a well-informed vaccine benefit-risk decision compared to an adult.”

In 1986, the U.S. Congress passed the NCVIA, which, with its 1987 amendment, and a subsequent Supreme Court decision, effectively removed all legal and fiscal liability from vaccine-manufacturers, doctors, and other vaccine administrators when mandatory vaccines cause even permanent injury or death. Earlier this year, federal regulators explicitly reinforced the same policy for coronavirus vaccine–makers.

Some degree of liability is now covered by the U.S. taxpayers in the federally run Vaccine Injury Compensation Program, also created by the NCVIA. To date, this program has paid out approximately $4.4 billion, providing concrete evidence that vaccines can cause significant, even permanent injury and death.

If a child accepts a vaccination without parents’ knowledge, and if he develops a serious reaction, parents may not recognize the symptoms as being potentially related to their child’s vaccine and fail to seek appropriate medical care in a timely fashion. Such a situation could be life-threatening.

And considering the fact that vaccine-manufacturers are immune from all liability, V.R. affirms, “[t]here is no justification for the state to eliminate a parent’s legal and moral right to make an informed benefit and risk decision about vaccination on behalf of a minor child.”

According to V.R., B23-0171 also violates the Family Educational Rights and Privacy Act (FERPA) in compelling schools to conceal the vaccine status of children from their parents. FERPA “guarantees parents the right to have access to their children’s education records. The definition of ‘education records’ include health and vaccine records at the K-12 level.”

As parents have become more self-educated and less comfortable with their children being given different vaccinations, support for the circumventing of their natural rights, with minor consent legislation, has recently grown in the medical community. Last year, The New England Journal of Medicine published an opinion piece supporting the idea, and the American Medical Association passed a resolution encouraging the ratification of state laws allowing minors to consent to vaccinations.

Due to this effort, 34 minor consent bills were introduced in state legislatures over the last two years. Having listened to parents, legislators have rejected a total of 33 of them, with the D.C. bill being the only one remaining in play.

More such bills are expected to be introduced across the nation in 2021.