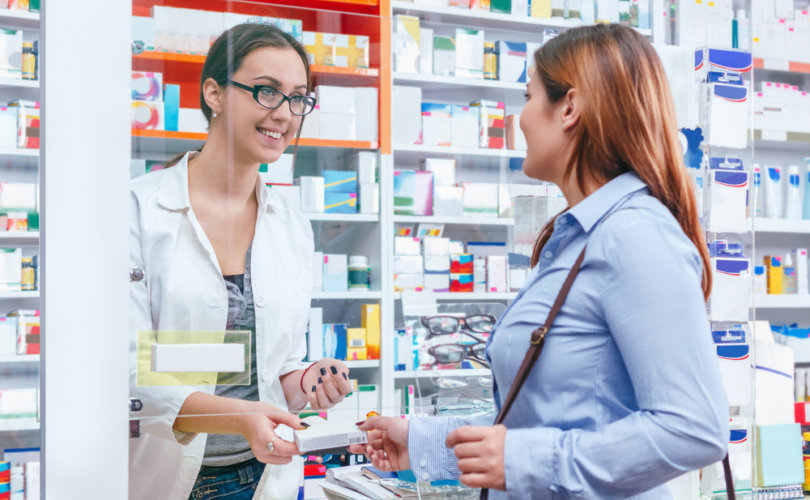 TORONTO, Ontario, March 10, 2017 (LifeSiteNews) –Women seeking quick abortions will be able to get the two-pill combo Mifegymiso at a drugstore with a prescription under new guidelines published by the Ontario College of Pharmacists.

Johanne Brownrigg of the Campaign Life Coalition said easy access to the take-home drugs “doesn’t give vulnerable women the physical and emotional support they need in a difficult situation.” It simply makes killing unborn children easier.

When Health Canada approved Mifegymiso in principle in 2015, it required the drug be taken “under the supervision” of a doctor because of the risk of internal bleeding. However, lobbying by pharmacy groups, doctors and pro-abortion groups led to a “clarification” that made it clear the doctor did not have to be present.

The stipulation turned out to mean nothing more than a doctor must write the prescription, just as with any other drug.

Now, according to the Ontario College of Pharmacists’ new guidelines, patients may still choose to take the two-part abortion treatment in the presence of their doctor if the two agree on that. Likewise, the doctor can sell and administer the drug to the patient directly, or take delivery from the pharmacy and administer it to the patient.

Also, state the College guidelines, “Patients can take the prescription to a pharmacy of their choice and have the medication dispensed directly to the patient.”

At one point, the guidelines treat Mifegymiso as a drug like any other.

“It is within the scope of practice of pharmacists in Ontario,” they say, “to dispense medications directly to patients. Therefore, in alignment with provincial legislation, pharmacists are able to dispense Mifegymiso directly to the patient.”

However, deeper in the guidelines, the risks are noted.

“A pharmacist must ensure that he or she has undergone the appropriate training and has the required resources to evaluate the potential risks and benefits, and any other relevant factors specific to the situation, to ensure the drug is appropriate for the patient.”

“A mandatory education program” has been developed for “physicians and pharmacists” on the risks of Mifegymiso.

Health Canada originally explained that its requirement for a doctor’s supervision was to “minimize the likelihood of incorrect drug intake, and associated health risks, and support the efficacy of the product.” It can be taken up to 49 days after conception.

It also cited three “pivotal studies” submitted by Celopharma, the drug’s Canadian supplier, about the risk of internal haemorrhaging. The studies “revealed that the average bleeding time was 10.8 days, including 2 days of heavy bleeding. …he medication causes vaginal bleeding and commonly induced pain and cramping, which required pain medication in some women.”

Other “adverse effects” were diarrhea in 59 percent of cases, fever/chills in 44 percent, nausea in 31 percent, vomiting in 22 percent, weakness in 20 percent, headache in 12 percent, and dizziness in 13 percent.

“Treatment failure [meaning the unborn child survived, only to be aborted surgically in some cases] was reported in 2 percent to 4.8 percent of women,” reported Health Canada.

Nonetheless, Sandeep Prasad of Action Canada for Sexual Health and Rights claimed at the time that Health Canada’s restrictions were the result of pro-life lobbying rather than health concerns.

“Why should abortion medication be subject to that scrutiny? It shouldn’t be,” he said. “It’s only the case because it is abortion that we’re talking about and people have problems with that. People are against it and that’s really the issue.”

However, Campaign Life’s Brownrigg said everyone should be concerned about a process, which sees women “expelling their unborn children’s bodies in a toilet or a bathtub where they will see it.”

Brownrigg said, “This is a victory for big pharmaceutical companies and for the abortion movement, but that doesn’t mean it advances the cause of women.”

Brownrigg also challenged the sincerity of pro-abortion groups who claim Mifegymiso is a boon to women in rural areas forced to travel long distances for surgical abortions.

“One cost of living in rural areas is that you don’t have access to any medical procedures,” she said. “Why is abortion the only procedure they care about?”

Mifegymiso is actually two drugs that could each kill an unborn child, but together they have a 95 percent to 98 percent chance of “success.” The first, Mifepristone, weakens the uterine wall so that the embryo cannot attach itself and draw sustenance from the mother. The second, Misoprostol, causes the womb to expel the unborn child.

The Ontario College of Pharmacy offers practitioners with conscientious objections to dispensing abortion pills only minimal protection. They may refuse to provide the drug but then must refer patients to pharmacists who will do it. In an emergency, they must overcome their moral qualms and provide it.

Many pharmacists, according to British Columbia pharmacist and bioethicist Cristina Allarcon, see referral as a “complicit” act tantamount to dispensing the drug themselves.

Allarcon points out that Mifegymiso not only carries serious risks for the mother. “It is never safe for the unborn child.”

Sean Murphy, director of the Protection of Conscience Project, notes that both Ontario’s doctors and pharmacists who have conscientious objections are required by their professions to refer patients seeking abortions to others.

“Such compulsion is a violation of freedom of conscience and religion,” he told LifeSiteNews.

Some doctors and pharmacists, he said, rightly do not want to participate in a process whereby “one individual is to be killed upon the request or demand and for the benefit of a different individual, without the possibility of consent by the individual who is killed, whose interests are simply ignored.”