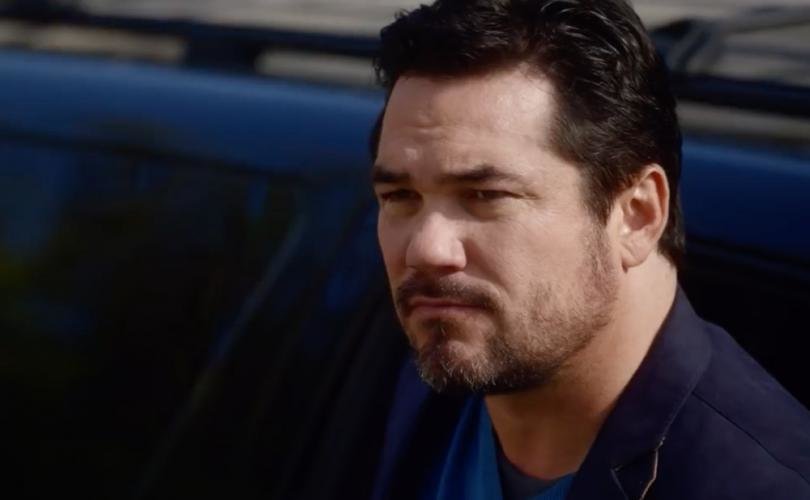 January 29, 2019 (LifeSiteNews) – Gosnell star and Hollywood conservative Dean Cain has lent his voice to the chorus of Americans denouncing New York’s radical new abortion law, saying it would protect the very kinds of abortions Kermit Gosnell was sent to prison for committing.

Last week, New York’s state Senate voted 38-24 and the state Assembly 92-47 in favor of the so-called “Reproductive Health Act.” Democrat Gov. Andrew Cuomo signed the bill, calling it a “historic victory for New Yorkers and our progressive values” and ordering the One World Trade Center spire to be lit in pink to mark the occasion – the same building where a memorial recognizes eleven preborn children killed in the September 11 terror attacks.

The new law declares, “Every individual who becomes pregnant has the fundamental right to choose to carry the pregnancy to term, to give birth to a child, or to have an abortion,” erases the state’s recognition of preborn babies older than 24 weeks as potential homicide victims, removes abortion from the penal code entirely, and allows licensed health practitioners other than full doctors to commit abortions.

The New York State Right to Life Committee warns that by declaring abortion a “fundamental right,” it opens the door to invalidating “any limits on abortion” and “mandat[ing] that everyone take part in the culture of death”; prevents pregnant women whose babies are killed in violent attacks from seeing justice; and has the effect of “authorizing infanticide” by repealing the requirement that a second physician be on hand in the event that an attempted abortion past 20 weeks yields a live infant.

Cain, the actor best known for a popular TV stint as Superman and most recently for portraying Detective James Wood in Gosnell: The Trial of America's Biggest Serial Killer, appeared on “Fox & Friends” recently to discuss the new law and draw parallels between it and the true story of abortionist Kermit Gosnell.

New York’s new law “would make the crimes of Kermit Gosnell legal,” he said. “In Pennsylvania, the law is at 24 weeks […] after that point in time, unless it was extreme circumstances, you weren’t able to perform an abortion. And, he was doing this well beyond that — a lot.”

“But, that would be legal for New York law and what’s being proposed in Vermont,” Cain said, adding that the “health” justification allowing such late abortions was “a really fungible thing.”

“The worst thing I learned [during Gosnell’s production] was what actually takes place during a late-term abortion,” the actor shared. “I did not have any idea and I thought I was a pretty knowledgeable guy — and it’s gruesome.”

The Gosnell film, which comes out on DVD February 5, highlights the shocking details of the original trial, such as Gosnell cutting the spinal cords of hundreds of newborns; witnesses describing infants who survived initial abortion attempts as “swimming” in toilets “to get out”; the feet of aborted babies stored in a freezer; and the mainstream media’s initial avoidance of the story.

Pro-life leaders, commentators, and private citizens across the country have spoken out against New York’s radical new law, including Cain’s acting colleague Robert Davi. Many Catholic observers are calling on Church leaders in the state to deny Holy Communion to Cuomo and othe pro-abortion lawmakers who purport to be Catholic. LifeSiteNews’ petition condemning New York’s celebration of the radical new law has collected almost 120,000 signatures so far.