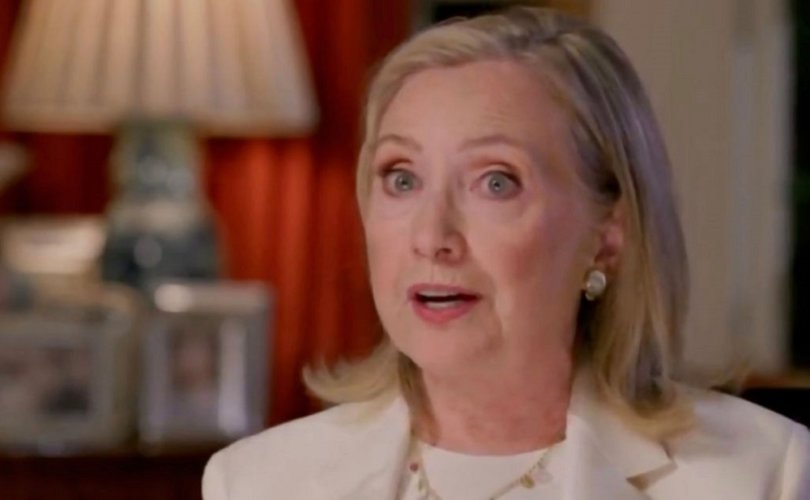 In his letter, Ratcliffe revealed that in July 2016, U.S. intelligence discovered Russian intelligence analysis “alleging that U.S. Presidential candidate Hillary Clinton had approved a campaign plan to stir up a scandal against U.S. Presidential candidate Donald Trump by [Russian president Vladimir] Putin and the Russians’ hacking of the Democratic National Conference.”

Ratcliffe also disclosed that the director of the CIA had briefed then-president Barack Obama and “other senior national security officials” on the Russian allegations. One allegation involved “approval by Hillary Clinton on July 26, 2016, of a proposal from one of her foreign policy advisors to vilify Donald Trump by stirring up a scandal claiming interference by Russian security services.”

According to Ratcliffe’s letter, that September, American intelligence officials forwarded information to the FBI director James Comey and to the deputy assistant director of counterintelligence, Peter Strzok, regarding Clinton’s alleged approval of a plan to link Trump to “Russian hackers hampering U.S. elections” so as to distract from the scandal of her “use of a private email server.”

Ratcliffe stressed that the Intelligence Community does not know of the “accuracy” of the Russian intelligence information and suggested that it might “reflect exaggeration or fabrication.”

The letter, dated September 29, was made publicly available the same day, right before the presidential candidate debates between President Trump and his challenger, Joe Biden.

In January 2017, left-wing BuzzFeed News published an unverified and sometimes proven unfactual report, now known as the Steele Dossier, claiming that the Russian government had been “cultivating, supporting, and assisting” Donald Trump for “at least five years” before his election as president.

The document also alleged that the Russians had compromising material on both Trump and his then–rival presidential candidate Hillary Clinton. It claimed that the Kremlin was behind the appearance of “embarrassing” Democratic National Committee emails on the WikiLeaks platform. The dossier claimed that in return for this hacking, the “Trump team had agreed to sideline Russian intervention in Ukraine as a campaign issue” and otherwise “to deflect attention away from Ukraine.”

Mainstream media criticized BuzzFeed News harshly for publishing the unsubstantiated and libelous report. However, the dossier led to a federal investigation into President Trump’s ties to Russia. The president has always denied the allegations in the Steele Dossier and on Twitter called it “a total phony conjob … paid for by Crooked Hillary to damage me and the Trump Campaign.”

According to the New Yorker magazine, the private investigative company that carried out the research in the dossier, former British spy Chris Steele’s Orbis Business Intelligence, was “jointly subsidized by the Clinton campaign and the D.N.C.”