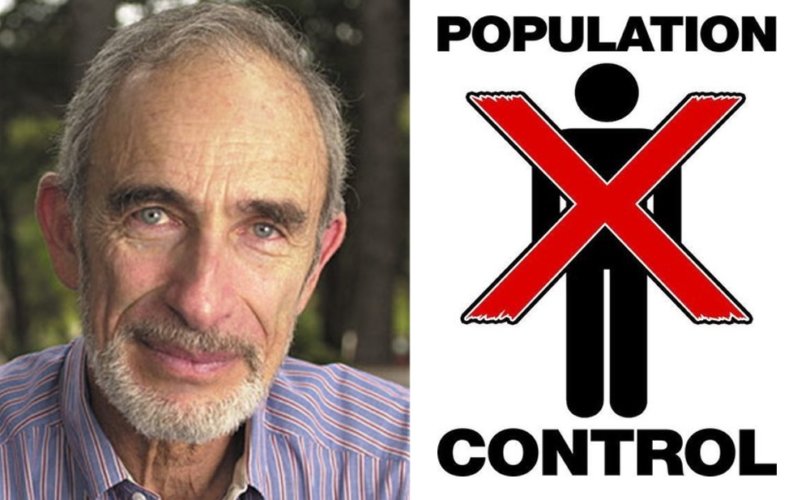 March 2, 2017 (LifeSiteNews) — Ridding the world of 6 billion people to bring the population down to 1 billion would have an “overall pro-life effect,” a pro-abortion population control advocate told the press two days before delivering his speech at a Vatican-run conference on saving the natural world.

“A world population of around a billion would have an overall pro-life effect,” The Guardian indirectly quoted Sanford biologist Paul Ehrlich as saying. “This could be supported for many millennia and sustain many more human lives in the long term compared with our current uncontrolled growth and prospect of sudden collapse,” the British daily wrote about its conversation with Ehrlich.

Days before the Vatican symposium titled “Biological Extinction” was held – behind closed doors – in Rome, from February 27th to March 1st, two of the key speakers, Dr. Paul Ehrlich and Sir Partha Dasgupta, spoke to The Guardian about the conference.

“Biologists say half of all species could be extinct by end of century,” blared the headline, warning that the largest “extinction event” in millions of years will lead to “the eradication of most other life forms.” According to Ehrlich, the ecological catastrophe is man-made, mainly by rich western countries and will only be prevented by the radical social and economic changes needed to save the planet’s biosphere.

Dr. Paul Ehrlich, called by his critics a scaremonger, predicted in his 1968 Population Bomb that hundreds of millions of people would starve by the 1980’s because of overpopulation. His predictions proved to be wrong since, even as the world’s population rose, the amount of food available per capita increased dramatically due to advances in growing technology.

But this has not stopped Ehrlich from promising the Apocalypse. He is now using his talents to combat so-called man-made “climate change,” arguing that the best way to fight back is to depopulate the planet.

Throughout his career, Ehrlich has defended forced abortion and mass forced sterilization as legitimate means to control the world’s population.

Ehrlich is “uncompromising on population control,” The Guardian observed.

“If you value people, you want to have the maximum number you can support sustainably. You do not want almost 12 billion living unsustainably on Earth by the end of the century – with the result that civilization will collapse and there are only a few hundred survivors,” said Ehrlich in the interview.

Ehrlich does not outline in the interview his plan on how to achieve a depopulated planet of 1 billion.

But in his paper at the Vatican earlier this week he stated that the Catholic teaching of “responsible parenthood” in determining family size has “result[ed] in collective failure” in reducing the world’s population. He, along with co-author Partha Dasgupta, suggested that the only way to stop the exhaustion of “humanity’s natural capital” is by imposing a system of “taxes and regulations” that would help modify “social norms of behaviour.”

Ehrlich’s teammate at the conference was Partha Dasgupta. Like Ehrlich, he is a proponent of population control, lauding China’s Human Development Index despite that country’s brutal “family planning” policy. He is also a patron of Population Matters, formerly known as the Optimum Population Trust, which lobbies for a “sustainable population size,” including the “reversing of population growth” in many countries.

The Cambridge economist and professor told The Guardian in the same article that the Catholic Church is finally recognizing what population controllers have been saying for a long time.

“We need to unravel the processes that led to the ills we are now facing. That is why the Vatican symposia involve natural and social scientists, as well as scholars from the humanities. That the symposia are being held at the Papal Academy is also symbolic. It shows that the ancient hostility between science and the church, at least on the issue of preserving Earth’s services, has been quelled,” he said.

The Catholic Church teaches, however, that truth is a multi-faceted unity that is approachable by both faith and reason. Because of its unity, truth that is discovered by reason will never contradict truths known through faith, and vice versa. During her long history, the Church has been instrumental in fostering the development of science. She teaches that science is at the service of humans when it helps them to flourish.

The Vatican conference comes at a time when demographers are raising concerns about the not far off collapse of various developed nations, such as Japan and many European countries, due to an imploding birthrate.