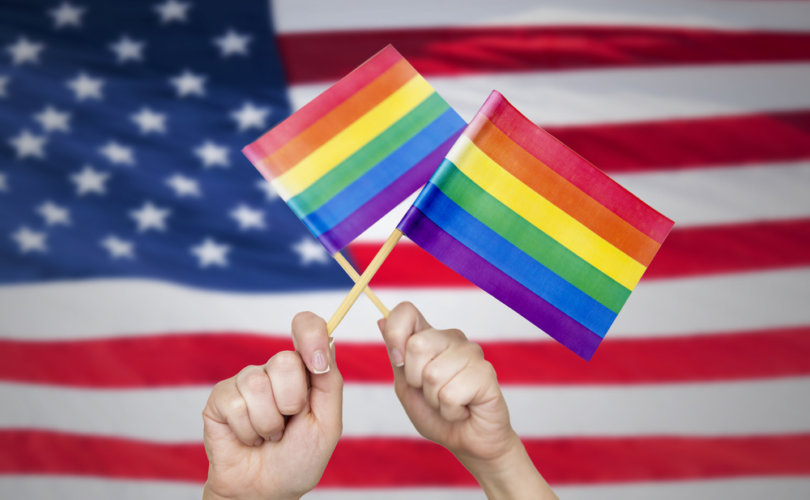 WASHINGTON, D.C., April 18, 2018 (LifeSiteNews) – The head of the United States Coast Guard said Tuesday that the force will continue to allow transgender members to serve, despite the ban recently finalized by the country’s commander in chief.

“We are certainly committed to their [transgenders’] continued service in the United States Coast Guard,” Commandant Adm. Paul Zukunft told the House Appropriations Homeland Security Subcommittee, according to Politico. “We will make sure that there is a one policy for all service members.”

He explained that the heads of all five branches of the country’s armed forces were currently discussing how to implement President Donald Trump’s order, but maintained that he would not expel any members until expressly ordered to do so. He added that 17 out of 40,000 active-duty Coast Guard members were estimated to be transgendered or “transitioned,” including one member of his personal staff.

Zukunft made his comments in response to a question from Rep. David Price, D-NC, who criticized the ban as “an invented problem and a waste of time and dollars and military resources.”

The Trump administration revealed the finalized version of the policy late last month. It disqualifies from service “transgender persons with a history or diagnosis of gender dysphoria,” specifically those who “may require substantial medical treatment, including medications and surgery,” except in “certain limited circumstances.” The White House says the policy was crafted after “extensive study by senior uniformed and civilian leaders, including combat veterans.”

Accompanying the policy was a memo from Defense Secretary James Mattis, which concluded that soldiers diagnosed with gender dysphoria presented “considerable risk to military effectiveness and lethality.”

The order applies to all branches of the military. However, a federal judge has temporarily blocked the Pentagon from enforcing it, enabling Zukunft to disregard it until a trial determines its ultimate fate.

Zukunft also made headlines for vocally opposing the policy back when President Donald Trump first announced it.

“I reached out personally to Lt. Taylor Miller, who was featured on the cover of The Washington Post last week,” he declared last August. “If you read that story, Taylor's family has disowned her. Her family is the United States Coast Guard. And I told Taylor, ‘I will not turn my back. We have made an investment in you, and you have made an investment in the Coast Guard, and I will not break faith.’”

At the time, retired Army Lt. Col. Robert Maginnis, now a foreign policy expert with the Family Research Council, questioned both the wisdom and the loyalty of Zukunft’s pronouncements.

“He admits that there are only 13 of these people that he is aware of in the Coast Guard. And for him to put a marker down in this sort of environment, I certainly wouldn't have advised that even if I were to agree with his position. I just think it's not smart,” Maginnis told OneNewsNow. “If [the commandant] continues in this line, he risks insubordination against the president and probably loses his job.”