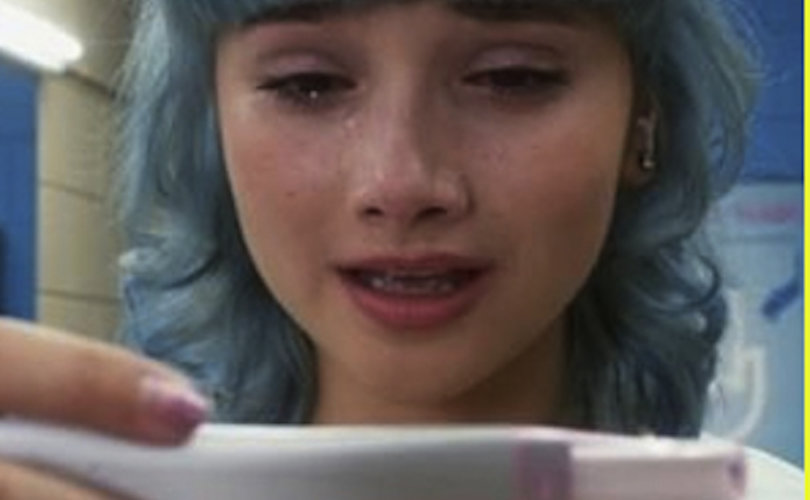 TORONTO, Ontario, January 6, 2017 (LifeSiteNews) — DeGrassi: The Next Class is breaking old ground in its third season when it tells the story of a 16-year-old girl named Lola who chooses to end her pregnancy with an abortion she keeps secret from her father.

When the original Canadian teen drama DeGrassi High premiered in 1989, its first two episodes garnered plenty of publicity when a pregnant high schooler named Erica had an abortion after pushing her way through an angry line of pro-life protesters. In the U.S., PBS wouldn’t air those episodes, and even when TeenNick re-aired the series in 2005, it cut out the scene with the pro-lifers.

Several series have been created under the DeGrassi banner, all of them dealing with controversial issues such as abortion, teen suicide, bullying, racism, and homosexuality from a leftist perspective.

Co-creator Linda Schuyler says DeGrassi: The Next Class in season three will tell the story of a 16-year-old who has an abortion, but she insists “it is not like we are advocating, ‘Get pregnant, get an abortion.”

But the show is promoting “the dignity and rights of a young woman to be able to make her own informed choices.” This involves talking to counselors and peers but not her father — and aborting her unnamed child.

Schuyler, in promoting the new season, shared her views on how up to date the abortion theme is, and how the writers not only followed the latest statistics on abortion but also “have our finger on the pulse of some of the scary right-wing thinking that’s out there.”

The abortion episode includes a scene in the operating room and portrays the protagonist as unemotional and unimpacted by the event. “I think it will help a lot of teenagers realize that, ‘Hey, it’s OK if I do this because it is my body and I can be strong about this,'” Schuyler told Canadian Press. “I’ll get through it. I have lots of people helping me.”

Four DeGrassi heroines have had abortions, but Schuyler notes that another four have had their unplanned babies, or as she puts it, “kids who get pregnant and make different choices,” thus avoiding any mention of the children at issue in the abortion debate, at least to “scary right-wing” thinkers.

The show will be seen on the Family Channel in Canada and Netflix in the U.S. Its audience has shrunk enough for TeenNick to stop carrying the program.

Marie-Claire Bissonnette, the newly installed youth coordinator for Campaign Life Coalition, told LifeSiteNews, “DeGrassi was always used as left-wing propaganda, so this episode on abortion shouldn’t surprise us, but its history doesn’t negate the injustice and evil it is propagating. Abortion is the killing of an innocent child and it physically, emotionally, and spiritually damages women.”

“She chooses to have Lola (character who has the abortion) explicitly express that it wasn’t a difficult choice for her and that she ‘doesn’t feel sad.’ This is not an accurate picture of a teenager in a crisis pregnancy and it is a slap in the face to every girl who’s gone through the hell of abortion.”

“Lola chooses not to tell her father before she goes through with the abortion,” which, Bissonnette says, encourages a division between teenagers and their parents “who naturally want the best for their children, and it’s sending the message that if girls keep the parents out of it, they will have a breezy abortion.”

Mike Schouten of the pro-life organization WeNeedaLaw.ca said the DeGrassi episode provided the “entertainment industry with another opportunity to celebrate evil, to take a human life in the name of women’s rights.”

Schouten told LifeSiteNews that the material being offered on TV was a good argument to keep one’s children away from it on the one hand and on the other hand lead and encourage them in healthy and positive activities aimed at social justice, such as volunteering in soup kitchens, homeless shelters, and crisis pregnancy centres.

Schouten, the father of six, says, “We don’t watch a lot of TV around here and when our kids want to watch something on Netflix, they have to show us a review of it.”

Schouten believes Christians can’t turn their back on the world because, “we are called to be a light in the darkness. And the darker the culture is, the more our light can shine in contrast.”