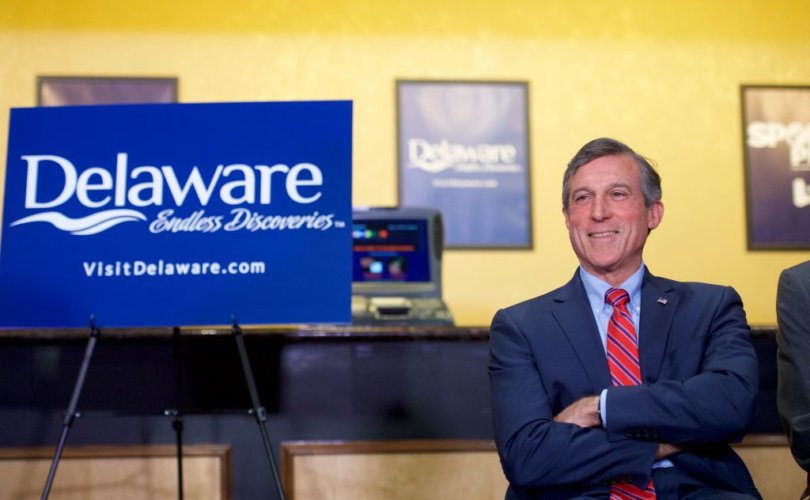 The legislation “authorizes” a physician assistant or midwife to commit an abortion before “viability.” Abortion has been considered a “right” in the state since 2017.

The legislation expands on another pro-abortion bill signed by Carney in April.

In April, Carney signed a bill allowing physician assistants and advanced practice registered nurses to prescribe abortion-inducing medications including mifepristone and misoprostol. Lawmakers followed that up with a bill signed by Carney this week that allows physician assistants, certified nurse practitioners and nurse midwifes to perform abortions before viability.

The new law also includes various legal protections for abortion providers and patients, including out-of-state residents receiving abortions in Delaware. Those provisions include protections from civil actions in other states relating to the termination of a pregnancy, and the protection of individuals from extradition to other states for criminal charges related to terminating a pregnancy.

“Healthcare should not include the taking of innocent human life,” State Senator Bryant Richardson said, according to WDEL. “This is not healthcare. Abortion is not healthcare. I’m just very saddened by this to think that we have to eliminate generations of people in the name of choice.”

“I know this is probably going to pass on a partisan vote, and we’re going to be the abortion destination for the East Coast, and I guess my question is, is that really what we want?” State Senator Colin Bonini said prior to the vote.

“Though abortion will remain legal in the First State, that doesn’t mean it is easily accessible,” the Delaware News Journal reported. “Planned Parenthood is the predominant abortion provider here, with three of its clinics offering services one day a week.”

“More people are expected to travel to Delaware for abortions as it becomes restricted throughout most of the country,” the paper reported.

Gov. Carney previously said the reversal of Roe would cause “heartache for women and families across the country.”