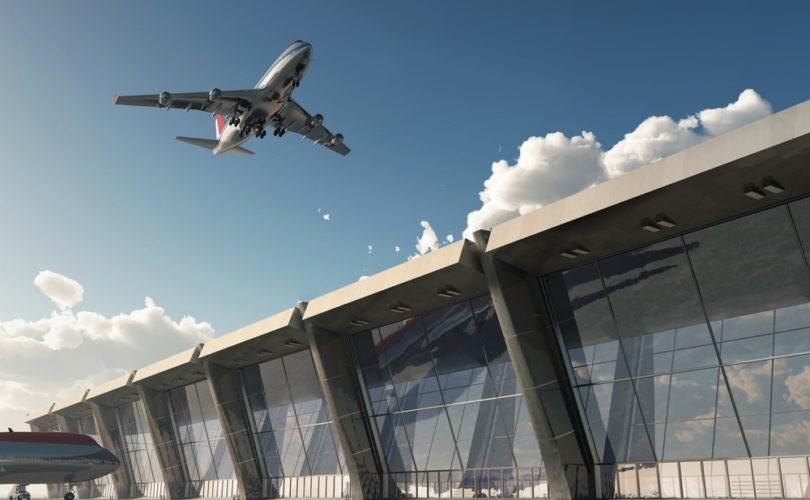 ATLANTA, Georgia (LifeSiteNews) — The cost of refusing the COVID-19 jab has proved too high for many employees of the world’s second largest airline.

As reported by The Hill Monday, thousands of Delta Air Lines employees were pressured into getting the shot after the company declared it was imposing a $200 monthly healthcare surcharge for unvaccinated workers enrolled in the company’s account-based healthcare plan.

The corporation has already instituted a policy mandating the jabs for all new hires.

In a media briefing with the Infectious Diseases Society of America on Thursday, Delta Air Lines chief health officer Dr. Henry Ting said that just two weeks after Delta announced its new policy, about 4,000 (or 20%) of its remaining unvaccinated workforce got the injection.

To avoid the surcharge, employees must either get the shot or obtain a medical or religious exemption. There do not appear to be any carve-outs for those who have already attained natural immunity to COVID-19.

Many people across the world are refusing to take the new medical products because of thousands of deaths and other serious injuries following their use that have been recorded by such official government-funded bodies as the American Vaccine Adverse Event Reporting System (VAERS). Others object to the inoculations because cell-lines derived from aborted babies were used in their production.

Dr. Ting, who has been in his position since early 2021 and is the first person to occupy the role of “chief health officer” with a U.S. airline, said Delta has not so far experienced any resignations as a result of its decision to raise costs for unvaccinated employees.

It remains to be seen whether employees will choose to leave the company in the coming weeks.

The surcharge policy is not set to be implemented until November 1, months after it was announced by Delta CEO Ed Bastian.

Beyond hitting employees with financial penalties for refusing the jab, the airline’s new COVID policies, announced by Bastian in an August 25 memo, also requires unvaccinated employees to wear a mask while indoors and, beginning this week, submit to weekly COVID testing.

“[T]he time for you to get vaccinated is now,“ Bastian said in the company-wide memo which was released shortly after the Food and Drug Administration gave the green-light to the two-dose mRNA Pfizer jab.

According to the memo put out by Bastian, the $200 surcharge for unvaccinated employees is “necessary to address the financial risk the decision to not vaccinate is creating for our company.”

Bastian argued that “[t]he average hospital stay for COVID-19 has cost Delta $50,000 per person,” and that in “recent weeks” all employees of the airline who have been hospitalized with COVID-19 were not “fully vaccinated.”

The memo further stipulated that as of September 30, those who refuse the jab will not receive pay protection if they contract COVID.

As laid out in the memo, “in compliance with state and local laws, COVID pay protection will only be provided to fully vaccinated individuals who are experiencing a breakthrough infection.”

Dr. Ting, who is a Professor Emeritus at Mayo Clinic, said Delta Air Lines has “implemented initiatives and programs to strongly encourage our employees to get vaccinated,” utilizing various strategies which the company believes “are aligned with our core values, which include: listening to our employees, listening to our customers, and meeting them where they are.”

Ting said Delta set up small financial incentives and increased the availability of the shots for their employees during the early phases of inoculation roll-outs.

The combination of voluntary access and corporate incentivization resulted in a roughly 70% overall vaccination rate.

But Delta became more assertive after vaccination rates plateaued, leading to the global corporation’s decision to place what Ting called a “negative incentive” on their employees by slapping unvaccinated employees with a monthly surcharge.

Prior to the announcement of the financial penalty, about 74% of Delta’s workforce had gotten the jab. Now the number is roughly 78%.

Ting said the first 20% of Delta employees to get the shot earlier in the year rushed to get their inoculation, while the remaining 20% who have not gotten the shot are “the most reluctant of any group.”

“At the end of the day, I think what we’re learning – whether it’s behavioral scientists or at Delta Air Lines – is there’s a group of people who simply don’t want to be told what to do. And they want to gather the information themselves and make a decision for themselves with the best information available,” Ting said.

The health officer said that he along with Delta Air Lines in general are working with all employees using “education, efficacy, and communication” to “move” employees “towards the goal of vaccination.”

Delta’s moves to impose financial penalties on those who refuse the jab come after United Airlines last month became the first airline to mandate the shots for their employees. Those who obtain medical or religious exemptions will be put on unpaid leave.

Decisions by airlines to mandate the shot for their employees also comes ahead of hints that a COVID jab mandate for public domestic travel may be imposed in the U.S.

Prominent public health figures such as CNN medical contributor Dr. Leana Wen and White House COVID czar Dr. Anthony Fauci have endorsed a vaccine mandate for Americans engaging in plane travel within the United States, with Wen arguing that there is “not a Constitutional right to get on a plane.”

The president is expected to announce further COVID measures later this week.

In an interview with NPR Friday, United Airlines CEO Scott Kirby said that if the government were to issue a vaccine mandate for air travel, United has “prepared ourselves with technology to be able to upload vaccine cards and track that and implement it if the government ever chooses to go in that direction.”