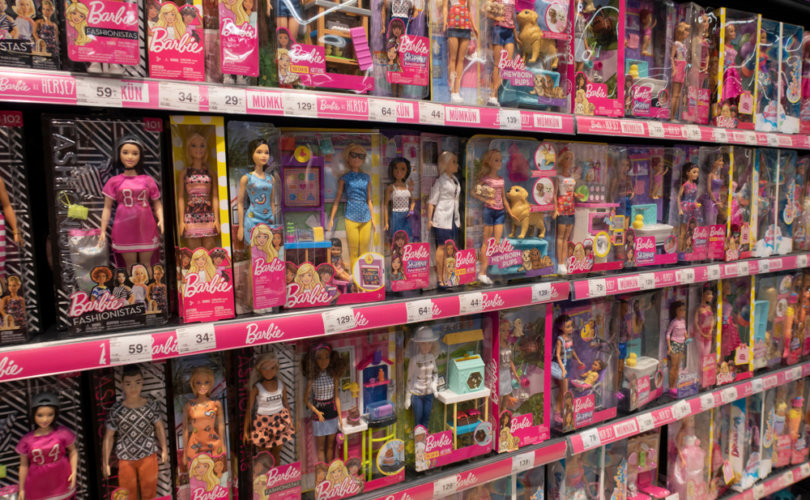 SACRAMENTO, March 6, 2020 (LifeSiteNews) – In what may be an unprecedented next step in the drive to erase distinctions between the sexes, legislation is currently pending in California that would forbid retailers from placing children’s merchandise in separate aisles for boys and girls.

Introduced by Democrat Assemblyman Evan Low, Assembly Bill 2826 would force stores to stock children’s toys, clothes, and childcare items in “gender-neutral” aisles, under the theory that “keeping similar items that are traditionally marketed either for girls or for boys separated makes it more difficult for the consumer to compare the products and incorrectly implies that their use by one gender is inappropriate.”

It’s unclear whether such difficulties have ever actually occurred to parent shoppers in the Golden State. Nevertheless, retailers who fail to make the change within 30 days of being told could be fined $1,000 under the bill.

“I was inspired to introduce this bill after 8-year-old Britten asked, ‘Why should a store tell me what a girl’s shirt or toy is?’” Low declared in a press release. “Her bill will help children express themselves freely and without bias. We need to let kids be kids.”

The proposal is not going over well with consumer groups, the California Globe reports.

“Toy aisles are fine since most stores already do that and most are for anyone anyway,” said consumer advocate Grace Wayne. “But many people are upset about clothing aisles.

“Children’s underwear is different for a certain reason, like adult underwear, and there are significant differences in clothing even at a younger age,” consumer advocate Grace Wayne explained. “It has nothing to do with clothes color or designs but more about shape and structure of it […] children that young may not be prepared to learn about certain parts of gender differences and other similar problems.”

“Compassion for our LGBTQ+ friends and neighbors does not require us to embrace absurdities on gender. No child should be bullied or stigmatized, and neither should the State bully retailers into making it harder for moms and dads to find boys’ and girls’ clothing and toys. It’s time for voters to demand more accountability of their elected officials,” he said.

Assemblyman Low was also the subject of national attention in 2018 when he spearheaded an unsuccessful attempt to pass a ban on minors and adults alike obtaining “sexual orientation change efforts,” regardless of their wishes, which critics argued was so broadly written that it could have banned the sale of books endorsing the practice, as well as other forms of constitutionally-protected speech.