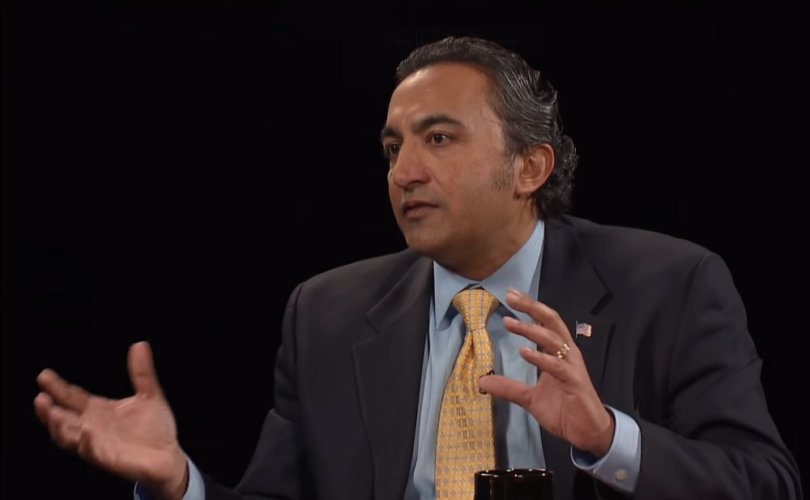 WASHINGTON, D.C., January 17, 2020 (C-Fam) — U.S. Congressman Ami Bera said population control is a national security issue and that USAID and Congress are working together to get Republicans to spend more on contraception overseas.

“Let’s go in an area that we talk a lot about: the youth bulge. That is [a] national security issue in sub-Saharan Africa. You can play off of that,” Bera said in the interview with the online development news site Devex.com.

“If you want to address the youth bulge, part of that is empowering women and girls. Part of that, at a minimum, is providing voluntary family planning and so forth,” he explained.

Bera said Democrats should “educate the President and folks in the administration about the value” of U.S. foreign aid in order to continue the same funding as in the past, including for family planning.

The Northern California Democrat said he spoke to President Trump’s daughter and advisor Ivanka Trump about this issue. “I was pretty blunt with them,” Bera said. “It is important to make that point,” he emphasized. Ivanka’s women’s economic empowerment program has been criticized by Democrat lawmakers and abortion rights groups for not including family planning.

In the 1980s the Republican Party funded family planning largely out of concern within the U.S. foreign policy establishment about overpopulation and the security threats it might pose. Fears about overpopulation among national security experts were famously captured in the Kissinger Report. These fears contributed to government sponsored coercive population control programs that resulted in forced sterilizations and abortions in India and other countries in Asia during the 1970s and 1980s.

In recent years, security experts have re-evaluated the links between demography and security that were taken for granted in previous generations.

In a 2012 book, Population Decline and the Remaking of Great Power Politics, Susan Yoshihara and Douglas Sylva, along with demographers, economists, and security experts demonstrated how fertility decline has made the world more unstable in many ways.

The U.S. Congress has enacted laws to avoid coercion in U.S. funded family planning efforts. Implementation has been difficult to track, and global family planning aid meant to empower women to make their own decisions is still focused on convincing women to have fewer children, even if they desire large families.

The market for contraceptives in Sub-Saharan and East Asian countries is saturated, according to USAID and HHS surveys analyzed in research by Rebecca Oas, associate director of research for C-Fam. The U.S. taxpayer funds spent on family planning programs are not being used to meet actual needs or demands for contraception.

Congressman Bera said upcoming appropriations battles would be about “holding the line” and convincing Republicans to maintain foreign aid funding levels the same as prior years. This way, he said, when Democrats hopefully take control of the White House and Congress in January 2021, “we are actually ready to kick things into high gear fairly quickly.”

Bera, a physician, identified Senator Lindsey Graham who chairs the Senate sub-committee for U.S. foreign assistance and USAID Director Mark Green as Republicans whom Democrats have been able to work with to preserve the status quo.

International pro-abortion lobby group CHANGE rates the performance of U.S. government entities based on their financial support for “sexual and reproductive health” internationally, including abortion. CHANGE gave passing grades to both Congress and USAID because of their continued support for family planning groups. The White House and the State Department received a “D” because of the Trump administration’s pro-life policies.