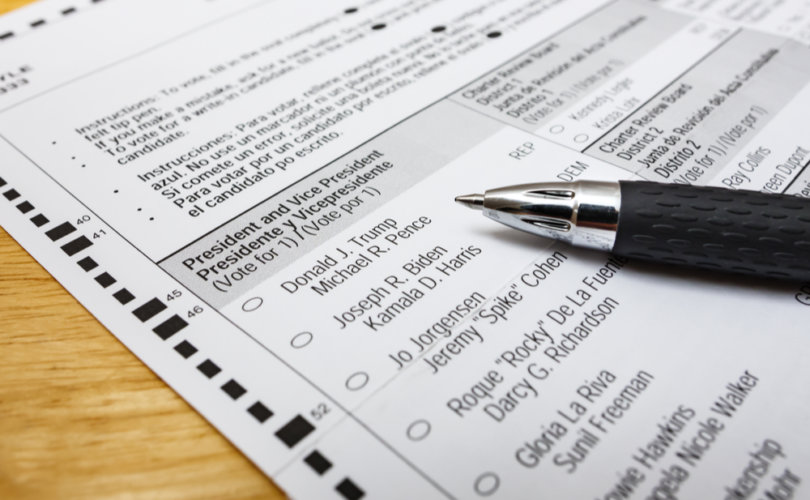 GREEN BAY, March 11, 2021 (LifeSiteNews) — While the national press has declared the improprieties of the 2020 presidential election a closed story, conservatives across the country still want to know just how much fraud took place, leading to the discovery of emails shedding light on the influence a New York Democrat operative held over ballot counting in Green Bay, Wisconsin.

This week, the Empower Wisconsin Foundation’s publication Wisconsin Spotlight published a report detailing the revelations contained in hundreds of pages of emails and documents detailing the disbursement of hundreds of millions of dollars in grant money from the Center for Tech and Civic Life (CTCL), a group funded by Facebook CEO Mark Zuckerberg ostensibly to “protect American elections” and “bolster democracy during the pandemic.”

In Green Bay, $1.6 million of that money led to Michael Spitzer-Rubenstein of the National Vote at Home Institute being made a “grant mentor,” functioning as what the Spotlight calls “the de facto city elections chief,” including “access to boxes of absentee ballots before the election,” despite his past work for several Democrat candidates, including “fiercely liberal” former New York City Council Speaker Melissa Mark-Viverito.

Is this Michael Spitzer-Rubenstein at Green Bay central count on Election Day? Zuck Bux can buy quite a bit of access #WIright pic.twitter.com/VK8oX0lvNd

According to the emails, Spitzer-Rubenstein sought and eventually obtained a role to “help” cure (fix errors or omissions on) absentee ballots, and was even given keys to the locked room where absentee ballots were stored “several days before the election.”

Green Bay city clerk Kris Teske originally declined the request, but was overridden by pressure from the office of Democrat Mayor Eric Genrich, and ultimately resigned in October.

“As you know I am very frustrated, along with the Clerk’s Office,” she wrote to Green Bay Finance Director Diana Ellenbecker in August. “I don’t know what to do anymore. I am trying to explain the process but it isn’t heard. I don’t feel I can talk to the Mayor after the last meeting you, me, Celestine, and the Mayor had even though the door is supposedly open. I don’t understand how people who don’t have knowledge of the process can tell us how to manage the election.”

“Wisconsin election law clearly spells out that municipal clerks are in charge of administering elections,” the Spotlight’s MD Kittle writes. Wisconsin Voters Alliance and Thomas More Society attorney Erick Kaardal “said CTCL’s election security funding came with conditions that bound the city to give these left-leaning actors power they could not legally take. The mayor and his team, as well as the city council, had no legal right to limit the clerk’s role in the elections, or take them over.”

The emails also show left-wing activists devising ways to weaken election observation further still under the guise of COVID-19 social distancing. “At one point, a city official, after talking with a representative from the National Vote at Home Institute, was ‘brainstorming’ about how the city could livestream Central Count at city hall ‘so that (election observers) do not enter the building,’” Kittle adds.

The emails also reveal that city officials also wanted to hire convicted felons as poll workers, a proposal Teske also resisted. “I have made know [sic] over and over we should not be hiring felons. This is on HR. This blew up in my face a few years back,” she wrote to Green Bay finance director Diane Ellenbecker.

The state Assembly Campaign and Elections committee held a hearing on the revelations Wednesday, during which former Brown County Clerk Sandy Juno testified that she “felt it put a taint on the integrity of the election. And I come to find out later [Spitzer-Rubenstein] had all four keys and access to the ballots days prior to the election. How can we be bringing in people from outside organizations to be working on our elections with third-party money? That really doesn’t meet the smell test.”

“Andrew Kloster, who served as an elections observer in Green Bay for the Republican Party of Wisconsin, wrote in a sworn affidavit that Spitzer-Rubenstein was ordering around poll workers, handling absentee ballots and basically making life miserable for election observers,” Kittle adds. “Rivera-Wagner was the muscle behind the operation, bullying anyone who challenged his and Spitzer-Rubenstein’s authority.”

Questions about the integrity of the 2020 election were quickly branded beyond the pale by Democrats and their allies in the mainstream media and Big Tech, citing the fact that the Trump campaign’s legal challenges consistently failed in court, despite the fact that many were dismissed over process issues without ever considering the cases on the merits.

In Wisconsin, however, Republican state Rep. Janel Brandtjen, chair of the Campaign and Elections committee, promises that the latest revelations are just the “beginning of the Green Bay investigation. It’s clear that more hearings are needed to address the third party investments in Wisconsin elections. We plan to hear from all involved parties.”