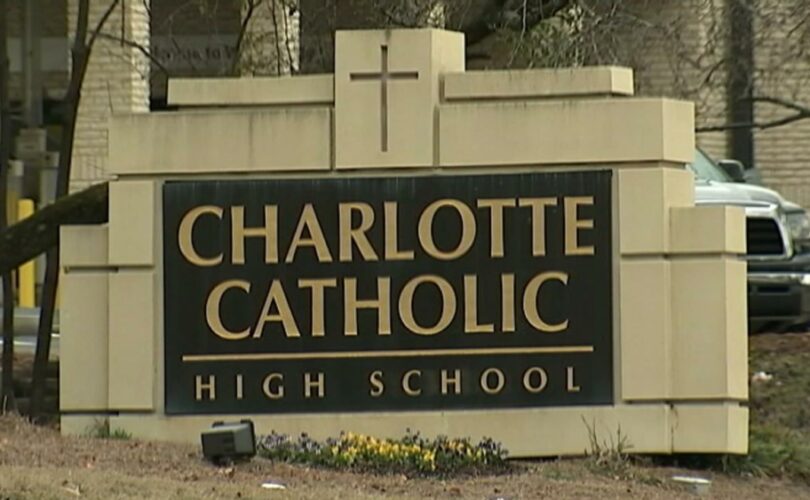 CHARLOTTE, North Carolina (LifeSiteNews) — Eighteen Democrat attorneys general have joined in an amicus brief against a Catholic high school who fired a substitute teacher in a homosexual “marriage.”

The brief, filed last week, argued that the Catholic high school does not have a right to not hire individuals that live a lifestyle incongruent with Catholicism. A federal court ruled in September 2021 against the high school and this case is now on appeal.

The liberal attorneys general sided with Lonnie Billard, a homosexual substitute teacher who was let go from his job at Charlotte Catholic High School after “marrying” his partner. The Democrat attorneys general wants the Catholic high school punished for firing Billard, despite him living in open opposition to the teachings of the Catholic Church, values which the Catholic school is bound to uphold.

“Employees have a right to work free from discrimination, including the right to marry whom they love,” Connecticut Attorney General William Tong wrote in his news release.“The First Amendment is not a license for employers to discriminate. The North Carolina district court got this one right, and the defendants’ extreme and expansive theories here must be rejected.”

“No one should be fired because of who they love,” Massachusetts’ Attorney General Maura Healey wrote. “We are filing this brief to ensure that our LGBTQ+ workers have equal protections and opportunities in the workplace.”

But Becket Law, which represents the high school, explains that religious freedom must protect the hiring and firing decision of religious institutions.

“The Constitution and federal law protect the right of parents to direct the religious education of their children, and the right of religious institutions like the Diocese of Charlotte to select teachers who agree to uphold their religious mission,” the legal non-profit explained. “These rights have repeatedly been upheld by the Supreme Court, which has emphasized that ‘educating young people in their faith, inculcating its teachings, and training them to live their faith are responsibilities that lie at the very core of the mission of a private religious school,’” the group wrote.

“Religious organizations must be free to choose those who carry out their religious mission,” Becket Law noted. “This not only protects the fundamental freedoms of parents and religious schools to decide how to pass on their faith, but also protects the proper separation of church and state.”

The court case comes at a time when Democrats, along with liberal Republicans, are pushing to put a federal “right” to same-sex “marriage” into law, despite significant religious liberty concerns.

“The bill repeals the Defense of Marriage Act of 1996 and requires the federal government and all 50 states to recognize homosexual ‘marriages’ and other civil marriages between ‘2 individuals’ lawfully performed in any state, potentially including incestuous and underage marriages,” LifeSiteNews previously reported.

The legislation must pass the U.S. House in order to move forward. A vote is expected Tuesday.