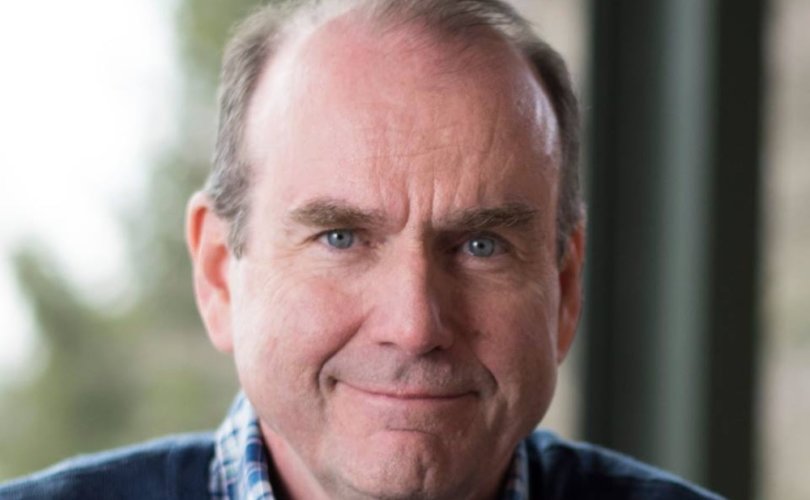 Scott Wallace's family foundation donated heavily to groups that want to take away women's choice to have more than two children.

DOYLESTOWN, Pennsylvania, July 20, 2018 (LifeSiteNews) — A Democratic congressional candidate in Pennsylvania is under fire over revelations that he donated heavily to radical, pro-abortion population control groups.

Scott Wallace, the grandson of former Vice President Henry Wallace, is the Democratic nominee for the state’s First Congressional District, where he hopes to unseat incumbent Republican Rep. Brian Fitzpatrick.

It also highlights his inheritance of his family’s Wallace Global Fund (WGF), billed as an “international nonprofit organization dedicated to family planning and abortion rights worldwide.” The campaign proudly highlights a quote by Dr. Sharon Camp of EMILY’s List crediting the Fund for the advent of Plan B, but may be less happy about the latest revelations surrounding the organization.

Through WGF, Wallace has donated almost $7 million to various population control groups since 1997, Fox News reports, including $420,000 to Zero Population Growth (ZPG) and $20,000 to the Center for the Advancement of the Steady State Economy (CASSE).

Co-founded by Paul Ehrlich, the radically pro-abortion father of the modern population control movement, ZPG considers abortion a “highly effective weapon in the armory of population control” and in a 1968 brochure argued that “no responsible family should have more than two children.” Larger families guilty of “irresponsible breeding” should be “taxed to the hilt” as a deterrent, it added.

CASSE, meanwhile, believes that a society’s birth and death rates should be equal based on a theory that “stable or mildly fluctuating levels” of economic activity are ideal. It also wants the average woman to be limited to having two children, enforced through a “reproductive license” system in which anyone who desired a larger family would have to essentially purchase the right to do so from other women.

When asked for comment by Fox, Wallace campaign communications director Zoe Wilson-Meyer said only that WGF was a “leader in helping women gain access to family planning” and her boss was “proud of the work of grantees like Planned Parenthood in empowering women and protecting reproductive rights,” but would not comment specifically on the population-control donations.

Despite Wallace’s ties to the population control movement, the Democratic Congressional Campaign Committee (DCCC) is prioritizing his race as part of its “Red to Blue” program hoping to take the seat from the GOP. RealClearPolitics currently rates the race as a toss-up.

GOP incumbent Fitzpatrick, meanwhile, is completing his first term. Though he has generally voted pro-life, the National Right to Life Committee (NRLC) and Planned Parenthood Action Fund (PPAF) fault and thank him, respectively, for voting against a measure to block the District of Columbia from forcing employers, including religious and pro-life organizations, to cover abortion and ignore a potential or current employee’s pro-abortion beliefs or actions in hiring and firing decisions.