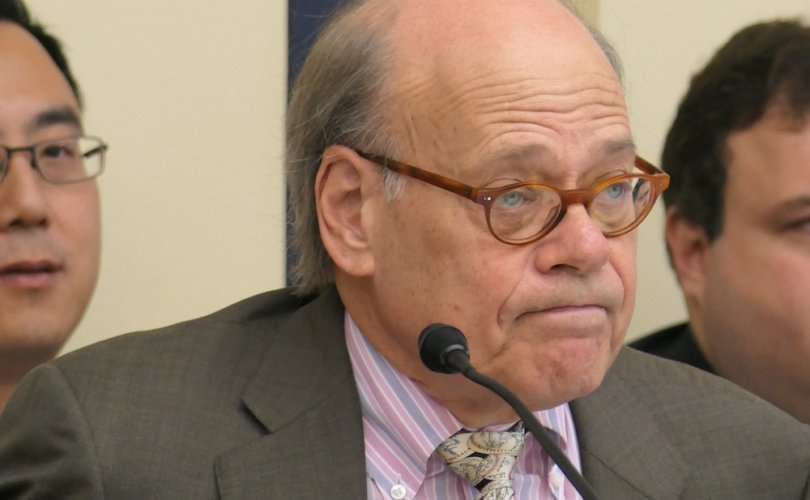 WASHINGTON, D.C., November 1, 2017 (LifeSiteNews) – Rep. Steve Cohen, D-Tennessee, yelled at an African-American woman today, accusing her of “ignorance,” after she testified before a Congressional committee about abortion being the “leading cause of death in the black community today.”

Star Parker, founder and president of the Center for Urban Renewal and Education (CURE), suggested it’s disingenuous to conflate abortion with social ills. Parker was testifying before the House Judiciary Committee’s Subcommittee on the Constitution and Civil Justice as it discussed legislation banning abortions on babies with beating hearts.

“In fact when you put the Dred Scott decision next to the Roe v Wade decision, they read almost verbatim. I’d like to also address something that was brought up earlier…when it comes to mixing the abortion issue with the challenges that we face in many of our hard-hit communities. I feel it disingenuous that the issues of Medicaid would come up, and other opportunities for us to re-address what has happened in…our most distressed zip codes. The way that Planned Parenthood targets these particular zip codes with abortion. Abortion is the leading cause of death in the black community today. Since roe v wade was legalized, 20 million humans have been killed inside of the womb of black women. And then on Halloween, Planned Parenthood tweets out that the black women are safest if they abort their child rather than bring it to term. To the gentleman from Texas who brought up Margaret Sanger, the founder of Planned Parenthood, I think that is important that we put in record that the needs of those that are most vulnerable in society cannot be addressed with abortion. Abortion feeds a narrative that women are victims, that they have no control over their sexual impulses. And the result of this narrative being forced down into our hardest-hit communities – we are seeing now recklessness in sexual activity and marriage has collapsed. In the 50s, 70% of black adults were married. Today, that number is 30 percent. This is causing a lot more social pathologies that have to be addressed in different types of legislation, not the Heartbeat Bill. The Heartbeat Bill is to protect the innocent.”

Cohen retorted that he would “like to say that I am not disingenuous about anything I say about Medicaid, or Medicare … or SNAP programs.”

Then, raising his voice, he continued, “And to suggest I’m disingenuous shows your ignorance or your absolute inability to deal with Congresspeople the way they should. I believe in those issues and I think they’re proper, and to say I’m disingenuous is just wrong and I expect an apology.”

Rep. Louie Gohmert, R-Texas, immediately quipped, “I would ask for an apology from the gentleman from Tennessee (for) calling our witness ignorant when it seems to me she has a whole lot more knowledge and wisdom” than he does.

Chairman Rep. Steve King, R-Iowa, then ended the hearing, citing the “lack of civility before this committee.”

“I would not have used those words” that Cohen did, Rep. Pramila Jayapal, D-Washington, told LifeSiteNews. Jayapal supports abortion and defended that position during the hearing.

She blamed Cohen’s reaction on the way Republicans were acting.

“I know Steve Cohen” and “I think … he’s a wonderful man,” Jayapal told LifeSiteNews. “I think that he was worked up about it because frankly the way the Majority conducted that hearing was outrageous.”

“I mean, 80 percent of the time was controlled by them,” she continued. “It is supposed to be an equal amount of time and that was not the case. He kept using filler time, he wouldn’t give time to me – I’m a member of Congress, and it is up to the Chair to recognize a sitting member of Congress. They can decide not to do that. They allowed me to speak but only if I was yielded time. So I didn’t get my five minutes. I only got, you know, two minutes, and so I think that it was in reaction to this constant sort of push from the Majority to take over these issues and not allow for a real debate on the questions.”

During the Heartbeat Bill hearing, members of Congress and a room packed with pro-life and pro-abortion advocates watched and listened to an 18-week-old baby’s heart beating on an ultrasound. The ultrasound was taken this morning.

MacKenzie Miller, whose baby in the womb moved and sucked his thumb on the ultrasound video, was present at the hearing and spoke at a press conference afterward.

There is a “great need” for this bill protecting babies with beating hearts from being aborted, Parker testified. She shared stories of abortion regret from people around the country.

“I pray that this Heartbeat Protection Act of 2017 will unanimously pass this committee,” she said.