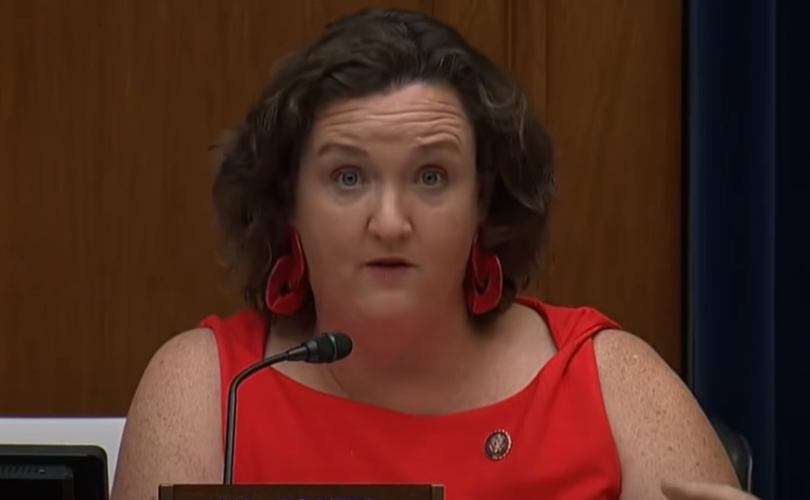 (LifeSiteNews) — A member of Congress used her platform during a House Oversight and Reform Committee hearing to weaken the definition of pedophile by stating that it’s an identity rather than descriptive of both a heinous condition and criminal act.

While questioning the president of Washington, D.C.’s LGBTQ+ lobbying powerhouse, the Human Rights Campaign (HRC), Rep. Katie Porter (D-CA) said that use of the terms “groomer” and “pedophile” on social media allege “that a person is criminal, somehow, and engaged in criminal acts, merely because of their identity, their sexual orientation, their gender identity.”

In a video clip circulating on social media, Porter came across as sympathetic to those who identify as “pedophiles,” while not mentioning the plight of kids subject to those who use grooming tactics to sexualize children.

The congresswoman’s infelicitous comments came during a hearing which sought to link right-wing rhetoric as a contributing factor to the November, 2022 shooting at Club Q, an LGBT bar in Colorado Springs, Colorado.

“These actions are the culmination of years of anti-LGBTQI extremism that began in state houses across the country and spread to social media platforms before boiling over into the communities where we reside,” said Rep. Carolyn Maloney of New York, who chaired the committee hearing, in her opening statement. “These hateful pieces of legislation have fueled a dangerous rise in extreme anti-LGBTQI rhetoric.”

Pro-LGBT neo-Marxist politicians, individuals and organizations such as HRC have long tried to control the national narrative concerning what conservatives see as the exploitation and destruction of childhood innocence by introducing transgenderism and homosexuality to young kids through public and private school curriculums and policies, libraries, and social media.

In recent years there has been a push to drop the word “pedophile” from common usage and replace it with “Minor attracted person” in order to make such persons seem less menacing.