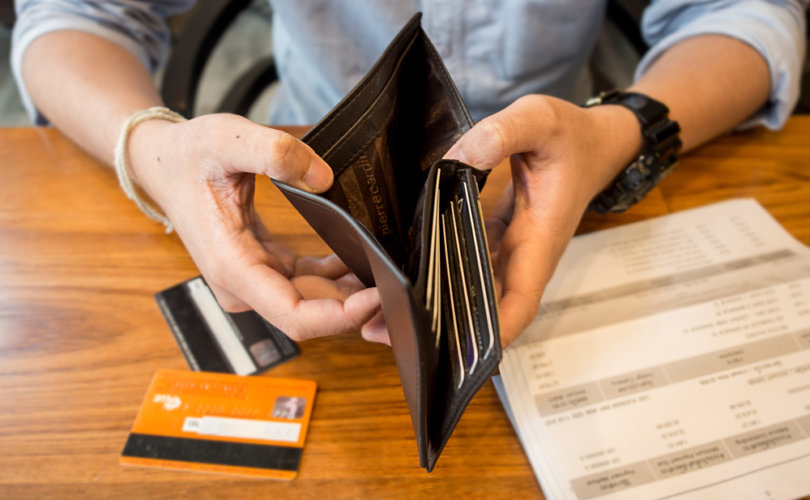 (WND News Center) – Multiple experts already have warned that the Democrats’ new tax-and-spend program, dubbed the “Inflation Reduction Act” even though studies show it actually will increase inflation, is a flip-flop by the party on taxes during a recession.

And now the co-chairman of the Republican National Committee (RNC) is confirming the Democrats’ financial antics will leave them vulnerable in the coming midterm elections.

Tommy Hicks, the RNC co-chair, has written in a commentary at the Daily Caller News Foundation that Sen. Joe Manchin (D-WV), who green-lighted the massive tax increase plan just last week, once claimed, “I don’t think during a time of recession you mess with any of the taxes or increase any taxes.”

And the nation is in recession, with two straight quarters of economic decline under President Joe Biden’s policies already. Not to mention the 9.1 percent inflation and $5-a-gallon gasoline.

“It’s clear that if Americans simply know the truth behind the bill, and what it will do to their pocketbooks, this latest ploy by Biden and the left to remake America leaves congressional Democrats even more vulnerable in November. Already, 82 percent of Americans say the economy is ‘poor.’ This bill would only worsen every problem plaguing our economy,” Hicks wrote.

Continuing, he said that “Biden and Democrats’ ‘Inflation Reduction Act of 2022’ – more aptly described as the new Bidenflation Scam – is seriously deceptive and out-of-step with the economic reality Americans currently face as the United States falls into a recession.”

He confirmed the plan “would without a doubt raise taxes on Americans. According to the Joint Committee on Taxation, Americans making as little as $30,000 would pay more, with over half of the estimated new tax burden in 2023 paid by Americans making under $400,000.”

He added that Democrats are targeting tens of thousands of jobs for destruction from among small businesses and American manufacturers.

“According to the National Association of Manufacturers, in 2023 alone the bill would kill over 218,000 jobs, shrink the economy by $68 billion, and reduce workers’ wages by over $17 billion. Crushing American manufacturing during a Democrat-created recession is a bad idea. Instead, our country needs to be building out our made-in-America infrastructure and creating jobs – not hollowing them out,” Hicks wrote.

“In short, Democrats either lack basic economic knowledge, or they are lying to the American people. There is no point in deciding. It’s both,” he charged. “The very title Democrats gave the bill – ‘Inflation Reduction Act of 2022’ — is a boldfaced lie, and should be reason enough to view the bill as a scam. According to the Penn Wharton Budget Model, the bill would have no impact on inflation. In fact, it would ‘very slightly increase inflation until 2024.’”

What do Americans actually get? Demands that they purchase “expensive electric vehicles,” prices for natural gas that are 17 percent higher, job losses, and more, Hicks said.

“Democrats who vote for this bill will be accountable to American voters in less than four months. In the meantime, let’s be honest: this is the newest Bidenflation Scam,” he said.