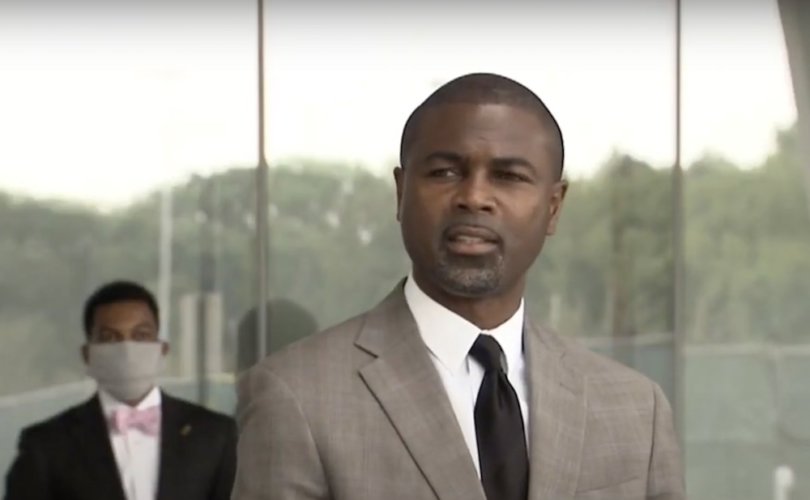 CHICAGO, August 4, 2020 (LifeSiteNews) – Illinois public schools must scrap their history lessons entirely until an alternative is developed out of alleged concern “that current school history teaching leads to white privilege and a racist society,” Democrat state Rep. LaShawn Ford demanded over the weekend.

“I’m calling on the Illinois State Board of Education and local school districts to take immediate action by removing current history books and curriculum practices that unfairly communicate our history,” Ford said in a press release, NBC Chicago reported. “Until a suitable alternative is developed, we should instead devote greater attention toward civics and ensuring students understand our democratic processes and how they can be involved.”

“I’m also alarmed that people continue to display symbols of hate, such as the recent display of the Confederate flag in Evanston,” he added.

Many argue that the real problem in U.S. public schools’ history education is not that it forms a racist society, but that it encourages children to resent America for allegedly being one.

For instance, Hillsdale College history professor Burt Folsom contends that The American Pageant, a prominent text used in Advanced Placement history courses across the country, is full of “flawed passages,” “distortions,” “contradictions,” and “defective historical methods that “mislead students into thinking that the United States is fundamentally corrupt, and that the world is often worse off because America exists and has so much global influence.”

“How can current students become effective leaders in America’s future if they think their nation has been evil during so many eras of history?” Folsom asked.

Even so, several districts are currently doubling down on the sort of educational changes that Ford advocates. As LifeSiteNews previously covered, districts in New York City, Philadelphia, North Carolina, and elsewhere have announced plans to adopt new lesson plans aligned with the far-left Black Lives Matter (BLM) movement.

Among those plans are material encouraging students to become political activists, opposing “color-blindness” as a societal ideal, and declaring that “structural racism and persistent inequities exist not only in our education system but also in health care, law enforcement, housing, food distribution, voting rights, and so much more.”