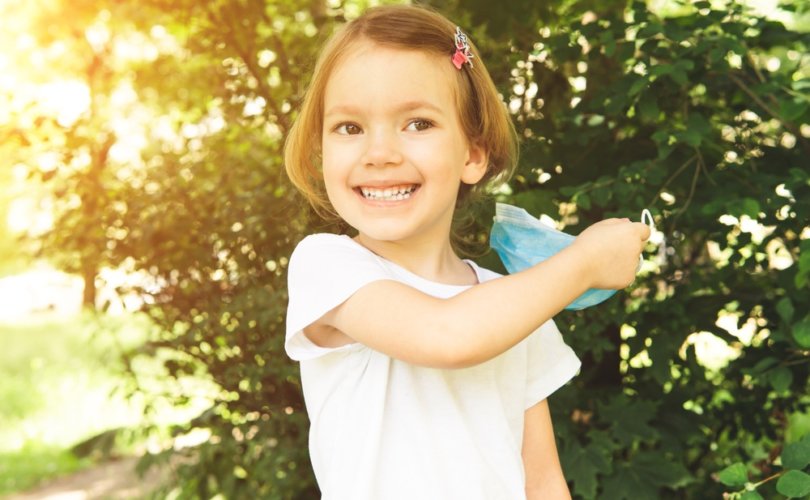 California Democratic state Sen. Richard Pan had introduced SB 871 in January, a measure that would force all children who attend school in the Golden State to get injected with the abortion-tainted jab.

Last week, however, Pan announced he is pausing on moving forward with the legislation due to “insufficient” voluntary vaccination rates among school kids.

While arguing that there is “strong support among voters for school vaccine requirements,” (most Democrats throughout the U.S. support vaccine mandates for kids, but the majority of Republicans and Independents are opposed, according to an October 2021 poll) Pan said in an April 14 statement that “[p]olling also shows that many parents have hurdles to overcome to get their children vaccinated, such as transportation and taking time off from work.”

“Unfortunately, COVID vaccination rates, particularly among children, are currently insufficient,” Pan continued, adding that instead of pushing forward with the mandate, state officials should make the COVID jabs more accessible through physicians and children’s healthcare providers, and educate families about the alleged importance of getting their kids jabbed.

According to UC Berkeley’s independent student-run newspaper The Daily Californian, Pan’s spokesman, Edwin Kirby, said they had “thought there would be a lot more uptake, frankly, of the vaccine as well by this point.”

“Given that the state’s vaccination rate amongst 5- to 11-year-olds is at 34%, essentially, it doesn’t make sense until we deal with these access issues for the younger kids to move forward with the bill,” Kirby said.

California Senate bill that would require all students in California to be vaccinated, is being put on hold due to low vaccination rates in young children https://t.co/rDS4BkgCDD

The continuing push to vaccinate young children comes despite the fact that children face extremely low risk from COVID-19. This combined with the thousands of reports of serious adverse events and deaths following the jabs has led numerous experts to criticize the push to inject children with the experimental shots.

RELATED: Children under 12 should not risk receiving Pfizer’s COVID vaccine, WHO says

Last summer, researchers with Johns Hopkins School of Medicine found a “mortality rate of zero among children without a pre-existing medical condition such as leukemia” when they “analyze[d] approximately 48,000 children under 18 diagnosed with Covid in health-insurance data from April to August 2020.”

Meanwhile, this isn’t the first proposed jab mandate in the Golden State to be shot down before becoming law.

LifeSiteNews reported late last month that proposed legislation to mandate COVID jabs for all workers in California died without a vote.

The legislation would have required every employer starting on January 1, 2023 to certify that every employee and independent contractor had taken an abortion-tainted COVID jab.

Assemblywoman Buffy Wicks paused the bill due to pushback from public safety unions, according to The Sacramento Bee.