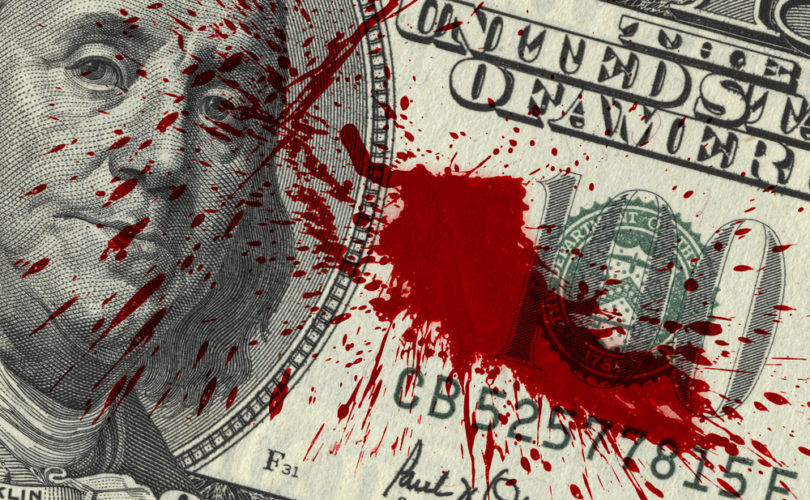 WASHINGTON, D.C., March 14, 2019 (LifeSiteNews) – A group of female Democrats in both the U.S. House and U.S. Senate have introduced legislation to fund elective abortions directly with taxpayer dollars through federal healthcare and insurance programs.

The Hyde Amendment is the language added to federal budgets every year that forbids most taxpayer dollars from funding abortions except for those in cases of rape, incest, or to save a mother’s life. While most Democrats grudgingly accept its yearly renewal and instead focus their efforts on defending federal funding to Planned Parenthood (through which taxpayers indirectly pay for abortions), pro-abortion activists have long dreamed of completely eliminating limits to abortion funding. On Tuesday, a group of Democrats re-introduced legislation to do just that.

Democrat Reps. Barbara Lee, Jan Schakowsky, and Diana DeGette are leading the re-introduction of the Equal Access to Abortion Coverage in Health Insurance (EACH Woman) Act in the House of Representatives, with Sens. Tammy Duckworth and Patty Murray introducing it in the Senate, according to a press release on Lee’s website.

The text of 2019 version has not yet been published, so it remains to be seen whether it differs from previous sessions, but the version introduced last year requires the federal government to “ensure coverage for abortion care [sic] in public health insurance programs including Medicaid, Medicare, and the Children’s Health Insurance Program,” “ensure coverage for abortion care” in “its role as an employer or health plan sponsor” or “as a provider of health services.”

“[For] decades, conservative lawmakers have worked to whittle down that constitutionally-protected right to the point where it’s now effectively inaccessible for low-income women who rely on Medicaid, for female service members and for millions more women nationwide,” Duckworth said. “The Supreme Court didn’t protect these rights only for wealthy women, and they didn’t say only for women who live in certain states.”

Even if one accepts Roe v. Wade’s highly-criticized claim that the Constitution contains a “right” to abortion, the Constitution doesn’t generally require government to force some citizens to finance other citizens’ exercise of the rights it does protect, such as speech or bearing arms, and the U.S. Supreme Court has not found such an obligation for abortion.

The Hyde Amendment has been credited with saving more than two million babies since 1976, according to the March for Life Education & Defense Fund. In January, a Marist Institute poll commissioned by the Knights of Columbus found that Americans oppose taxpayer funding of abortion 54 percent to 39 percent.

The EACH Woman Act has no chance of becoming law in the next two years, as Republicans hold a pro-life majority in the Senate and President Donald Trump would veto the bill if it somehow reached his desk. Yet its reintroduction this week serves as motivator for pro-abortion voters and a preview of what Democrats may do if they retake the Senate and White House in the 2020 elections.