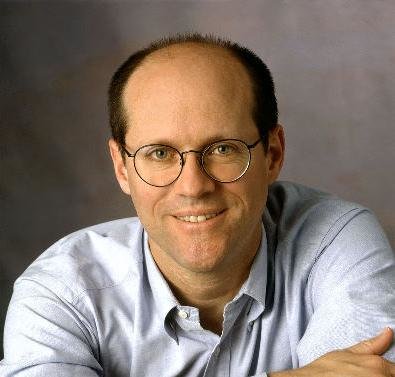 (LifeSiteNews) — A mega donor to Democrats announced he is deserting the party after they lied about the safety of “the most dangerous vaccine ever created by man.”

Steve Kirsch, an inventor and entrepreneur who said he has given at least $20 million to help elect Democrats, explained to Fox News host Brian Kilmeade that his breaking point with the Democratic Party was their “violat[ion] of” his “trust.”

In the face of claims by the Food and Drug Administration, Centers for Disease Control, and National Institutes of Health “that these vaccines were safe and effective,” Kirsch began to see his friends “die and be injured.”

“And when I started looking at the data, there was no question that this vaccine is the most dangerous vaccine ever created by man. It is a thousand times more deadly than the smallpox vaccine,” Kirsch said.

The entrepreneur said he attempted to speak about his concerns regarding the COVID “vaccine” safety with Democratic representatives, to no avail.

“I could not even get a single minute in front of any Democratic congressman,” Kirsch told Kilmeade.

He recounted how the closest he came to having an exchange about the issue was when he gave reading material to a staff member of Democrat Rep. Ro Khanna of California. After taking two months to get back to Kirsch, the staffer explained she “didn’t really read” what he had sent, because it “disagreed with the CDC.”

Asked by Kilmeade what his own research on the jab uncovered, Kirsch shared, “What I found was that hundreds of thousands of Americans have been killed by this vaccine. And millions have been injured. Clearly, you are more likely to be injured or dead from the vaccine, than if you were unvaccinated.”

“So what they’re saying, and what the reality is, is completely opposite,” Kirsch added.

He went on to tell the astonishing story of conservative radio host Wayne Allyn Root, who recently shared how since his wedding eight months ago a whopping 33 of his loved ones have either been seriously injured or have died.

Kirsch clarified that of about a hundred of Root’s friends or family who had been jabbed for COVID-19, 26 of them had been seriously injured and seven of them had died during an eight-month span.

By contrast, the “unvaccinated” group had zero injuries and zero deaths during that time period. “That is statistically impossible, if the vaccines are safe,” Kirsch remarked.

He went on to praise Republican U.S. Sen. Ron Johnson of Wisconsin as exceptional in all of U.S. Congress for his care for the “millions of people who are vaccine-injured in America.” He suggested that other members of Congress briefly squeeze the vaccine-injured into their calendar in a perfunctory manner, “Whereas Ron Johnson is very consistent about bringing this problem to the attention of the American public,” he said.

Kirsch told LifeSiteNews on Thursday that he believes politicians and others are reluctant to discuss the issue of vaccine safety in part because “people don’t like to admit when they made a mistake.”

“They also have blind trust in these HHS agencies … They worship these agencies, they think they can do no wrong.” Even if this was not the case, Kirsch noted, “they don’t want to admit their mistake.”

Making matters worse, Kirsch said, is that doctors “are not allowed to talk about” the issue publicly, and so they remain unaware of “massive numbers” of adverse effects being witnessed by other doctors, who are themselves have put unquestioning trust in HHS agencies and the official COVID narrative.

Moreover, he pointed out, these doctors don’t have the luxury of looking at the data eight to 10 hours a day, like Kirsch himself does.

“So this whole thing feeds on itself in a circular pattern … It’s this vicious cycle of trust.”

The philanthropist elaborated on the reasons he is severing ties with the Democratic Party in a Monday press release, explaining, “They don’t share any of my core values at all anymore.”

He went on to list the things he “believe[s] in,” suggesting his former party is at odds with such values:

Despite the “hundreds of thousands” vaccine-injured in the U.S. today, “any criticism of the vaccine is blacklisted by mainstream media. So, in the minds of Democrats, there is no problem,” Kirsch said.

Kirsch’s work as a “vaccine” safety advocate is quite recent, and follows a long and distinguished career. In 1980, he was one of two to independently invent the optical mouse, and in 1993, he founded Infoseek, an early search engine that has been called “the Google of its day.” He has now founded a total of seven successful companies.

Near the beginning of the COVID-19 outbreak, in April 2020, Kirsch founded the COVID-19 Early Treatment Fund (CETF) to support research of off-label COVID treatments using drugs already FDA-approved for other illnesses. Despite successful initial and follow-up trials with fluvoxamine, the NIH and CDC would not recognize or promote it as an early treatment for COVID. Instead, like other demonstrated early treatments, it was suppressed.

Monday’s press release explained that at this point, Kirsch “began to ask questions,” which were only made more pressing after the COVID shot rolled out, and he heard stories of post-jab death and injury.

“I used to believe that the FDA, NIH, and CDC were honest organizations,” Kirsch said. “I trusted them. I’m doubly-vaxxed with Moderna as of March 29, 2021. A month later, I started hearing stories from my friends who reported relatives who died or they themselves became permanently disabled. So I looked into it and the more I looked, the more appalled I became.”

Kirsch went on to found the Vaccine Safety Research Foundation (VSRF) in 2021 to “to bring experts together to study the safety and efficacy of the Covid-19 vaccine and to spread awareness on their findings,” the release explained. “Amid this, he found his own party wasn’t willing to listen.”