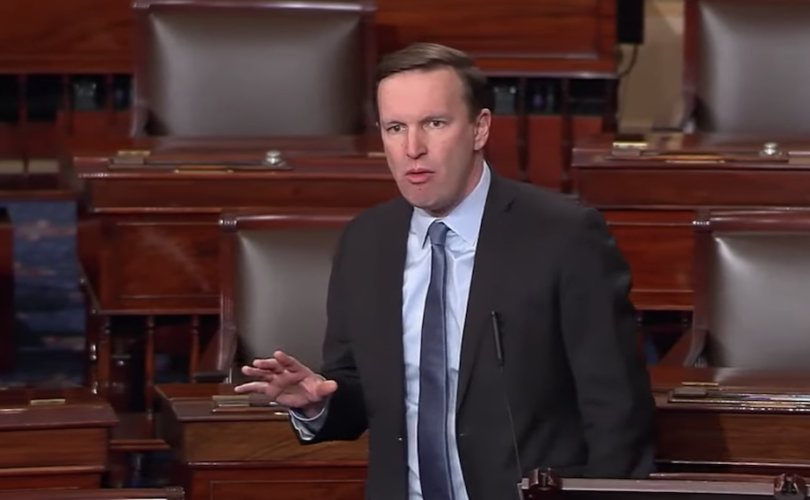 August 7, 2018 (LifeSiteNews) – It is crucial for “the survival of our democracy” that Facebook censor more websites, according to one Democrat Senator.

Sen. Chris Murphy of Connecticut tweeted his support of this week’s mass social media censorship of Infowars, urging censorship of other websites he says promote “lies and hate.”

They are private companies that shouldn’t knowingly spread lies and hate. They took a good first step today by removing Infowars.

Infowars is the tip of a giant iceberg of hate and lies that uses sites like Facebook and YouTube to tear our nation apart. These companies must do more than take down one website. The survival of our democracy depends on it.

Donald Trump, Jr. weighed in, asking how long it will be before Democrats try to censor conservative news outlets like Breitbart and the Daily Caller.

How long before Big Tech and their Democrat friends move to censor and purge @BreitbartNews, @DailyCaller and other conservatives voices from their platforms? https://t.co/sFS7mr8Pco

Sen. Murphy retorted by claiming President Trump is engaging in a “DAILY” campaign to “censor” the media. He also said that warning about a slippery slope is a “right wing tripe.”

1. Uh, POTUS is engaged in a DAILY bullying campaign to try to censor the press.

2. The “slippery slope” argument is right wing tripe. No company is compelled to smear the reputations of dead kids' parents, and no elected official (even Democrats) are required to stand idly by. https://t.co/N14bpvFSXh

Many conservatives argue that Facebook and Google essentially have monopolies on the distribution and sharing of information, and are using these monopolies to unfairly target certain viewpoints for censorship. When Facebook banned Alex Jones' personal account for 30 days late last month, Sen. Ted Cruz asked, “Who the hell made Facebook the arbiter of political speech?”

Private companies deciding not to let their platforms be used to spread hate and lies is not the same as government censorship. If it feels the same, then we need to ask why a small handful of companies have so much control over the content Americans see.

Jay Caruso, an editorial writer for the Dallas News, called Sen. Murphy’s comments “chilling.” Other Twitter users insinuated his views are those a dictator would hold.

This is chilling. You’re a United States Senator and you’re advocating private companies adhere to your partisan politics as well as claiming our democracy relies on social media for survival. https://t.co/9YtcRpGMOj

What I pointed out was Murphy's language where he says “These companies must do more.” If private companies

Every morning I read from several news sites. Some left leaning and some right leaning. Sometimes when something doesn’t make sense I source other extreme outlets for different views.

It’s called freedom and it allows us to balance out a wide variety of views, some extreme.

So #ChrisMurphy is saying take down all conservative websites and just leave Looney Left Wing Libs. Hey Murphy, this is America. Hitler did that with Joseph Goebbels.

This is exactly how King George III felt about the broadside press in the Colonies. It's how Josef Goebbels felt about all non-government media in Germany in 1933. Does it concern anyone that a Democratic U.S. Senator thinks like this?

Conservatives worried about increasing social media censorship say Facebook has ceased being a neutral, public platform. It is unclear why the Senator thinks silencing certain viewpoints is good for democracy, or what his definition of “hate” is.