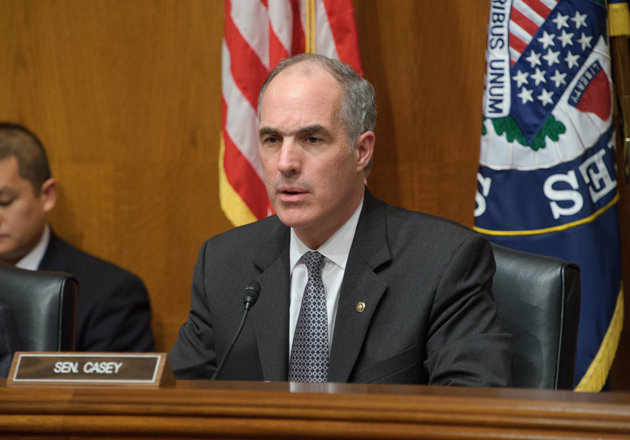 Donnelly was joined by another self-described “pro-life” senator, Pennsylvania's Bob Casey, in voting to give Planned Parenthood hundreds of millions of tax dollars, despite a string of disturbing videos revealing the abortion giant's role in selling the body parts of aborted babies.

The “reconciliation” bill, which passed 52-47, defunded most of the tax money going to the nation's largest abortion business. However, amendments were proposed to send tax dollars to the abortion industry. Donnelly supported the Murray-Wyden Amendment, which would have directed $1 billion in taxpayer funds to abortion businesses. He also supported an amendment that would have stripped the Planned Parenthood defunding language from the reconciliation bill. And Donnelly voted against the reconciliation bill itself.

“Sen. Donnelly betrayed Hoosier voters who believed his campaign promises of being pro-life,” Indiana Right to Life's Mike Fichter said. “Hoosiers are sick of their tax dollars going to an industry that profits off the destruction of life.”

Casey's constituents were equally disappointed in his duplicitous voting. “We are greatly disappointed in Senator Bob Casey's decision to vote against the defunding of the nation's largest abortion operation,” Maria Gallagher, legislative director for the Pennsylvania Pro-Life Federation, told LifeSiteNews. “It is all the more distressing, considering that his father, the late Governor Robert Casey, was such a staunch defender of innocent human life.”

The movement to defund Planned Parenthood notes that community health centers are the wiser choice for tax funding, as not only do they not do abortions or harvest baby parts, but they outnumber Planned Parenthood facilities 13 to 1. “We are calling on Congress to reallocate tax funding to Community Health Centers,” said Kristen Day, executive director of Democrats for Life of America (DFLA). She noted that community health centers also “provide fuller services for families.”

In a written response to concerned constituents, Senator Casey passed on the popular lie that “only three percent of Planned Parenthood services are abortion related.” In fact, Heritage.org explains, Planned Parenthood does not report how much of its total multi-billion dollar revenue a year results from abortions. Instead, the abortion giant's annual report deceptively counts each “discrete clinical interaction” as a separate “medical service” – meaning simple tests or routine provisions of birth control are given the same weight as surgical or chemical abortions.

The lucrative abortion business received $528 million in tax money for the 2014 fiscal year, or 41 percent of its income, from federal, state, and local taxpayers.