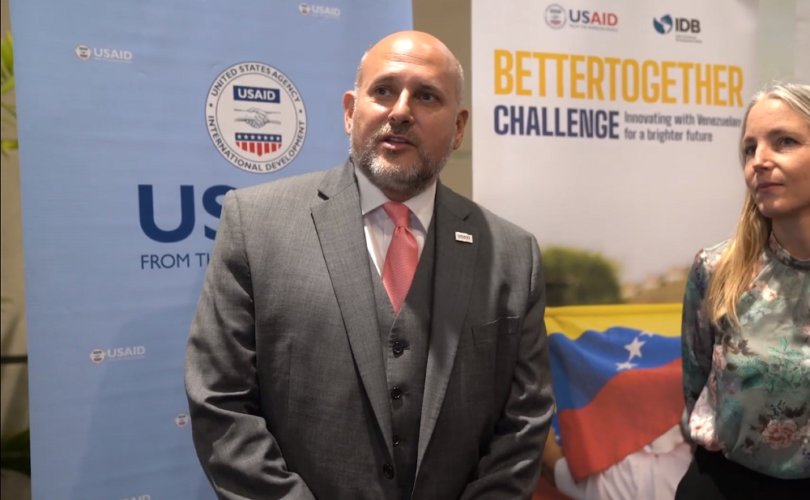 WASHINGTON, D.C., June 16, 2020 (C-Fam) — A group of pro-abortion U.S. senators have released a letter condemning the Trump administration for trying to exclude abortion from the UN’s COVID-19 aid appeal.

Senate Democrats reacted to the unprecedented letter from the head of the United States Agency for International Development (USAID), John Barsa, in which he strongly opposed the UN’s use of the coronavirus pandemic to promote abortion around the world.

Barsa’s letter states that the phrase “sexual and reproductive health” (SRH) is controversial when its inclusion is proposed in negotiated documents at the UN, and member states are “deeply divided” over its use. He urges the use of “clear language” and “clear action to address the real needs of vulnerable people around the world without promoting abortion,” especially given the urgency of the COVID-19 response.

The senators argue that removing references to SRH would jeopardize the U.S.’s commitments to “women’s economic empowerment, reducing maternal and infant mortality and morbidity, and advancing HIV prevention, care, and treatment efforts.” However, the U.S. could request explicit references to those aims without using the term with clear ties to abortion.

Senator Bob Menendez, the lead author of the letter rebuking Barsa, was strongly endorsed by Planned Parenthood in his 2018 campaign for reelection, and the vice president of their political action fund, Dawn Laguens, wrote, “Menendez knows that every woman should have the right to access safe and legal abortion.” The other signatories have similar records on the issue.

The Senators made several misleading claims in their letter. They accused Barsa of erroneously defining SRH “to only mean abortion.” In fact, he made no such claim, arguing only that SRH is controversial because it is closely linked with abortion. It was defined in 1994 in the Program of Action of the International Conference on Population and Development (ICPD) as including abortion where legal, leaving the question of its legality for countries to determine.

But as Barsa noted, the UN has repeatedly pressured countries to change their laws and expand provision of abortion. Expert committees monitoring compliance with human rights treaties have issued hundreds of nonbinding observations urging countries to liberalize their abortion laws.

Another misleading aspect of the Senators’ letter was their accusation that Barsa “falsely assert[ed] that the United Nations supports and promotes abortion as a method of family planning,” and requesting proof of the same.

However, Barsa made no reference to family planning in his letter.

The consensus at ICPD was that “in no case should abortion be promoted as a method of family planning.” But while the UN avoids explicitly contradicting that standard, it does promote abortion in a variety of ways, particularly as an aspect of humanitarian assistance.

For example, in 2014, the previous Secretary-General issued a guidance note calling for legislation “to provide women and girls, who become pregnant as a result of rape, with the choice of safe and legal abortion.”

But even the consensus against abortion as a method of family planning is being eroded by UN agencies, such as the World Health Organization, which says “access to legal and safe abortion is essential” for women to decide “the number, spacing and timing of their children” — the same words used to define family planning at ICPD.