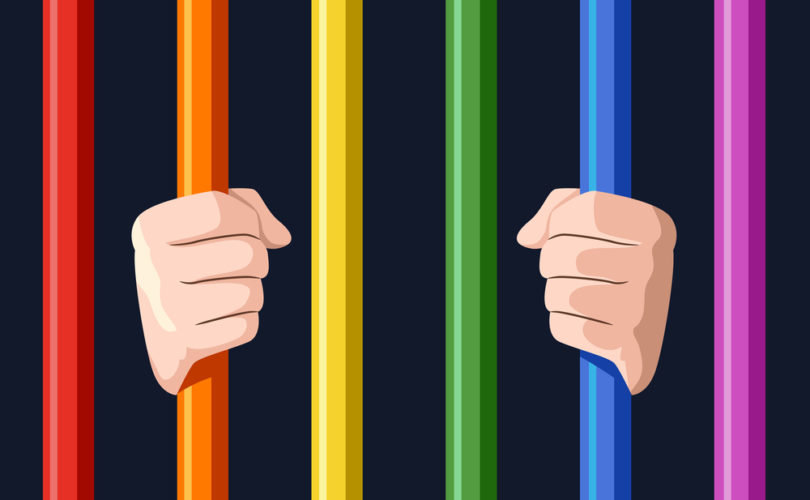 June 1, 2021 (LifeSiteNews) – Blue states are ramping up plans to move male convicts who identify as women to female prisons despite recent reports of sexual assault by gender-confused men behind bars.

Last week, Maine lawmakers advanced LD 1044, a bill mandating that prisoners be housed in facilities based on “gender identity.” A section of the bill entitled “gender affirmation” states that inmates must be treated “irrespective of anatomy or physique” for housing and “search procedures.” The Maine Committee on Criminal Justice and Public Safety approved LD 1044 by unanimous vote last Tuesday.

Maine’s push to eliminate sex-specific prisons comes amid a mass integration of biological males into female correctional facilities in California with little regard for sex offender status.

Since California overhauled prison rules last year, more than 260 gender-confused inmates have put in requests to switch facilities, Breitbart reported in April. Virtually all of the requests have come from men seeking to be placed with women, and none of them have been declined under the law, which, as in Maine, does not take anatomy into account.

Eleven men, some of them rapists or murderers, already have been placed in Central California Women’s Facility, the largest female-only prison in the United States, according to World News Group.

A similar situation has unfolded in Washington state, where a whistleblower recently told local news that a male prisoner raped a women upon arriving at a prison in Pierce County.

“He is a proven sexual predator, having committed multiple crimes against women, yet the state of Washington had no problem moving him into a women’s facility and housing him with the most vulnerable in our population,” the whistleblower, a prison employee, reportedly said.

Women’s Liberation Front (WoLF), a pro-abortion feminist group that opposes transgender prison transfers, has since sued to uncover prison records about gender-confused male inmates in Washington. While a state judge has prevented the full release of the records, documents obtained by WoLF show that a rapist indeed had been placed with female prisoners in the state.

“The DOC records also confirm that there are prison infraction records and PREA (Prison Rape Elimination Act) records against several men who are currently housed in women’s prisons,” the organization revealed.

Reports of sexual assault of women by men in prison have been reported in various places in recent years, including Illinois and the United Kingdom, as liberals increasingly institutionalize LGBT ideology in criminal justice systems. Transgender-identifying men, who are significantly overrepresented among British sex criminals, have been reported to have raped both prisoners and prison officers in the U.K.